Farage, who has been at the forefront of anti-European Union politics in the UK for 25 years, says two years on from the referendum vote May's Conservative government is no further forward. 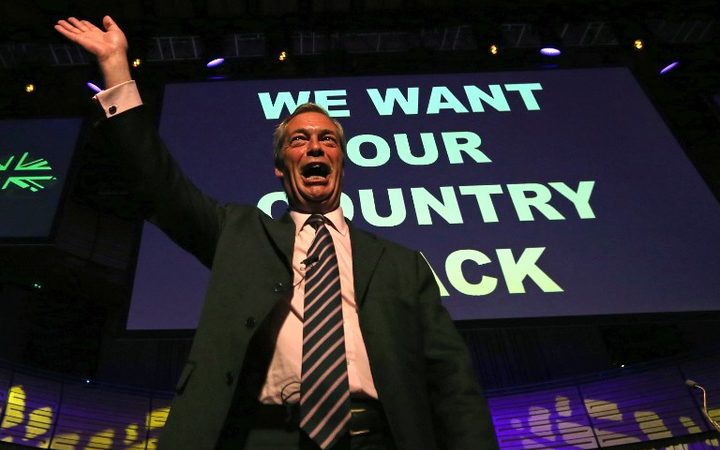 "Whether it's complicated or not, the fact is we voted for independence we voted for freedom, we voted to become a proper functioning national democracy and that is a prize worth fighting for," Farage told host Kim Hill.

Farage is co-founder and former leader of the UK Independence Party (UKIP) has been a Member of the European Parliament (MEP) for South East England since 1999 and co-chairs the Europe for Freedom and Direct Democracy Group.

He was one of the leaders of the successful Brexit campaign and he campaigned for Donald Trump in the 2016 US presidential election.

Farage said on Saturday he would re-enter the political fray in the UK to reinvigorate the Brexit campaign. He wrote in The Telegraph he would join pro-Brexit group Leave Means Leave at UK public events to campaign against May's so called 'Chequers' agreement.

"She's taking us towards Brino - Brexit in name only - and there's going to be a big political fight-back. I find it very difficult to believe that the Prime Minsister will survive the autumn."

Farage says any successor to May should be a leaver (Theresa May campaigned to remain) who believed in Brexit.

"I would like anyone to be our prime minister that actually believed in the Brexit vote and wanted to honour the will of the people and that is not happening with Mrs May, not having with this cabinet and really what's going on shows the fundamental divide when the people want one thing and the politicians want another. I have to say two years on it is unfinished business."

Even people who voted to remain want the matter resolved, he says.

"A third of those who voted remain say why can't we simply get on with it? If we had a prime minister who has vision and clarity we really would not have a problem."

UKIP's campaign slogan was "We want our country back" and Farage says that is a sentiment chimes that with mainstream British opinion.

Peter Hitchens: The UK is an 'atrophied' nation

Peter Hitchens is a British journalist and author and has written extensively on politics and social conservatism. He has long been an advocate for the UK leaving Europe but believes the current path… Audio

"I said I wanted my country back... now I want my life back." And with those words Nigel Farage, the head of UK Independence Party, announced he is stepping down. We talk to another UKIP politician… Audio

"We've given away that ability to make our own laws, to control our own borders, to fish in our own waters. We were not recognisable as a nation - we'd effectively become a province. 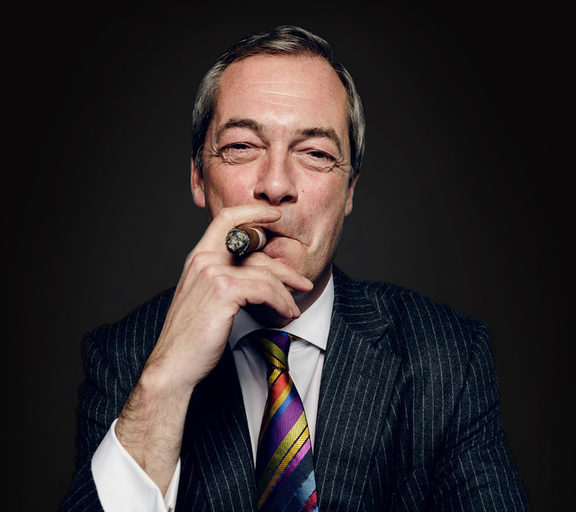 "If you are not making your own laws, if you are not doing all those things that normal nations do you're effectively a province, a vassal state of a new European project and it's really interesting that those arguments that we put out in Brexit are now the same arguments being heard in Italy, Sweden and elsewhere."

The "populist revolt" Farage says is in "rude health."

"This European Union, this artificial construct that may have been put together for the best of reasons post war now is something increasingly being rejected by people right across Europe.

"Countries like Hungary and Poland are point blank refusing to accept migrant quotas that are coming from Mrs Merkel and coming from Brussels. And there is a whole debate going on what is the future? Is the future to be part of big global structures or is the future to run your life as a nation state cooperating with your neighbours."

He says there is a change afoot in the political landscape.

"[There's] a perception that big business and big politics have very much got into bed together to the detriment of ordinary people, to the detriment of what we used to understand as free market capitalism - people want change and you know what? There's nothing wrong with that," Farage says.

Farage dismissed the idea that the UK would be isolated and lack clout outside of the EU.

"The fifth or sixth biggest economy in the world that speaks the language of global business? That has through the Commonwealth a remarkable set of relationships with a group of countries that have within them 2.3 billion people.

"By every measure, by every measure the United Kingdom is a big, significant nation that I think can do better and prosper far more if it's not controlled by an out of touch, out of date bureaucracy based in Brussels and increasingly unloved by much of the rest of Europe."

Polls in the UK show a growing interest in the idea of a second referendum to ratify whichever deal or no deal is negotiated, but Farage says it was never a "best of three" proposition. 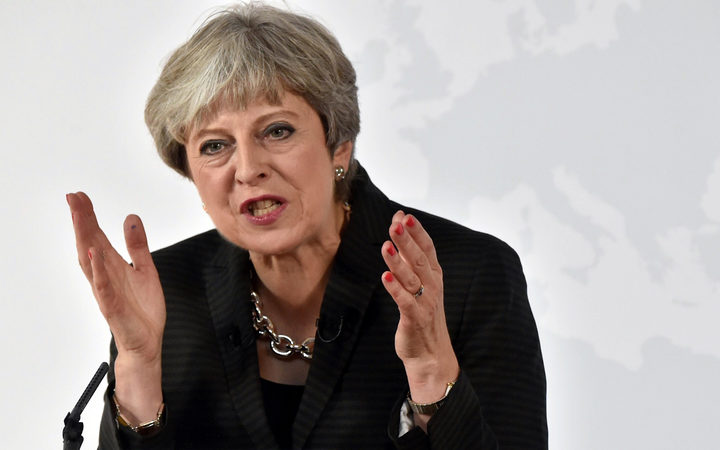 Farage says the polls showing support for a second referendum were a series of "spurious figures put out at the weekend, masquerading as polls."

Farage campaigned for Donald Trump in 2016 and says he was "the right horse to back." He is also friends with former Trump strategist and alt-right identity Steve Bannon.

"The idea that Bannon is some white nationalist, it's just for the birds frankly. There are of course political extremes on both left and right and I've never wanted anything to do with either of them.

"Global politics is changing and it's changing very, very quickly and the establishment don't like that change, so they continue to put labels like far right on Donald Trump and others.

"The fact is that mainstream opinion, the centre ground of public opinion, has not been represented well by western democracies and we are going through a period of great political change and many people find it difficult to accept that."

Farage says the "mainstream media" and the left of politics patronised voters who believed immigration should be controlled and the nation state was the "building block" of the world order.

"Isn't it awful that all these poorly-educated, ghastly working class people are out there having their say."

An Entertaining Evening with Nigel Farage is at the Sky City Convention Centre on 4 September.

See the other side of the aisle with Kim Hill's interview of right-wing extremism critic David Neiwert:

Why the future's not alt-right 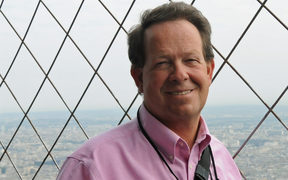 David Neiwert is a journalist, author and expert in American right-wing extremism. He has appeared on Anderson Cooper 360, CNN Newsroom, and The Rachel Maddow Show and is the managing editor of the… Audio