The Animal advocacy group SAFE has released photos that it says shows cows having to calve in unacceptable conditions.

The photos were taken on a Southland dairy farm last week. 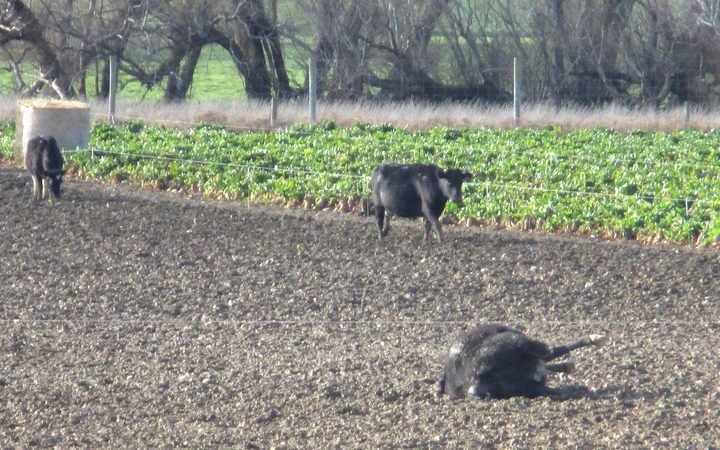 They show cows lying down in a muddy paddock giving birth.

SAFE said the photos revealed more cruel treatment of cattle over winter, following on from scenes of cattle standing in mud on a large feedlot in mid-Canterbury last week.

SAFE head of campaigns Marianne Macdonald said forcing cows to give birth onto fields of mud puts both mother and calf at risk.

"There is risk of infection because they are not just in mud, unfortunately their own excrement," Ms Macdonald said.

It was a totally unacceptable way to treat animals, she said.

"Those vulnerable little calves are at risk of hypothermia in the cold, wet conditions."

Calving in mud was not unique to Southland as it happened in most dairying areas, Ms Macdonald said. 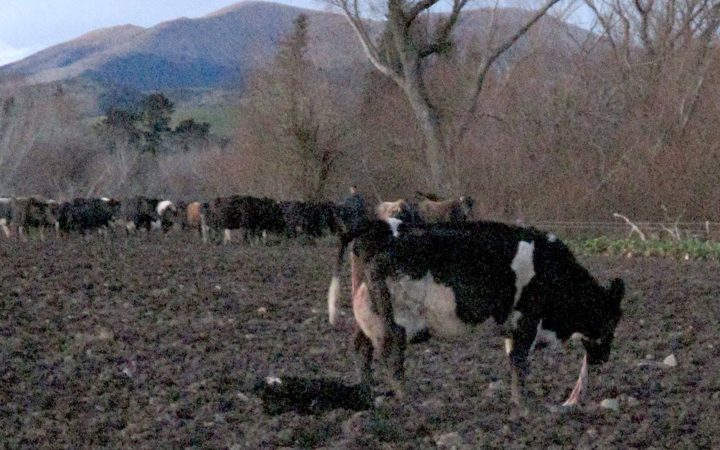 "It seems to come as a surprise to some farmers that these conditions keep happening but we know that weather happens."

The cows and calves needed to be protected from appalling conditions, she said. 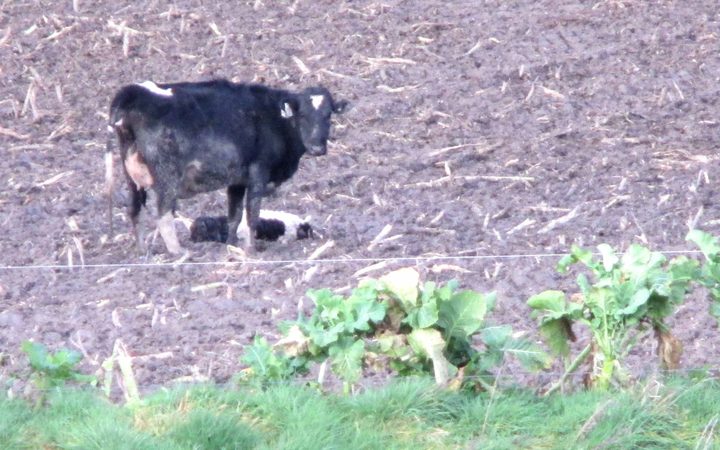 Federated Farmers said calving in muddy conditions was not the norm and farmers tried to avoid it as much as possible.

However, Federated Farmers dairy chairman Chris Lewis said mud was a fact of life at this time of the year.

If any farmers were calving in mud then the industry needed to get behind them and point out the error of their ways, he said.

Mr Lewis said ideally calving should be carried out in a dry paddock.

"It's best practice to have cows calving on clean breaks and this is what the industry encourages and hopefully those farmers will see those pictures and take note," he said.

Ms Macdonald said dairy industry practices were not natural and must stop.

"If these animals were in a natural environment they would seek shelter and find conditions to give birth and get away from the elements."

Mr Lewis said calving did not always go to plan.

"Sometimes Mother Nature forces animals to calve two or three weeks earlier than they do and you get instances of that happening."

Veterinary Association chief veterinary officer Helen Beattie said mud would always be part of farming in winter but deep mud was something to be avoided, particularly during calving.

"Cows don't particularly like lying down in deep mud anyway, so having to lie down and give birth is probably not on their wish list," Ms Beattie said.

Farmers were usually well prepared for calving and cows giving birth in mud was rare, she said.

"Ideally if we are wintering on crops and there is mud then the best option is to be working towards that date, accepting there is going to be some variation moving stock on to a more suitable calving surface," she said.

"A lot of cows give birth on grassy pasture and that's a fairly standard thing in New Zealand and one thinks that is a better option than in a feet of mud."