The Environment Minister, David Parker, says he struggles to see how some beef feedlots are legal. 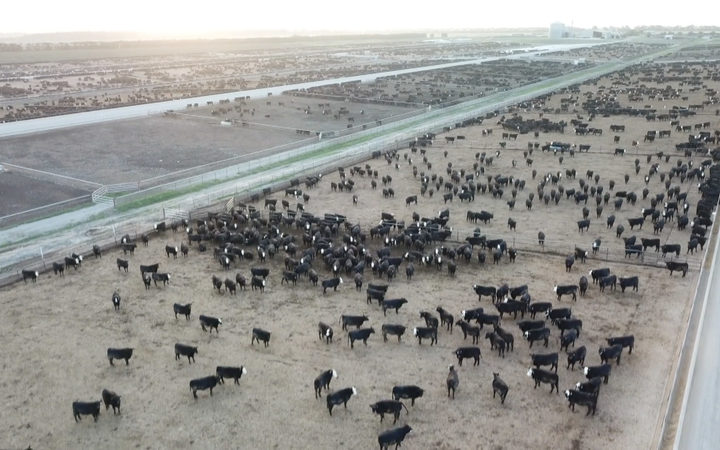 Animal welfare group SAFE and Fish and Game are asking the Minister to ban feedlot farming before it becomes commonplace, because of animal welfare and environmental concerns.

Mr Parker told Checkpoint while he he hasn't seen the Five Star Beef feedlot - the biggest in the country - in person, he has seen a number of problematic and environmentally unsound feedlots in the Hawkes Bay region.

"They haven't been properly policed by the regional councils," he said.

"There's no doubt when you have a rain event, the livestock effluent and the nutrients from the food residues has only one place to go and that's into rivers, streams... the alternative is into the aquifer and I struggle to see how some of them are legal."

He described them a couple of years ago as 'battery beeflots' as "they really do look like the beef equivalent of chicken", he said.

"I do think that if you've got these intensive forms of farming with lots of nutrients, that you actually need to be collecting the nutrients rather than letting it run into the rivers and aquifers."

The Minister said regional councils have the tools to deal with these issues, and have since the Resource Management Act was passed in 1991.

"Sadly the rules in some areas are not adequate.

"I think it's a great sadness that people seem to accept that the criminal laws need to be enforced, and various other laws, but some people seem to think that environmental laws are nice-to-have rather than laws that should be adhered to."

He said the Hawkes Bay regional council has asked for national rules on the matter.

The government intends to step in with some national direction to bind regional councils and the draft legal instrument we be promulgated for consultation by the first quarter of next year, he said.

Adding that the government intends on visiting the Five Star Beef farm.

He said is not qualified to comment on the animal welfare issues but accepts this is a concern for some people.