An inquest into a prisoner's death, which helped spark the Mt Eden prison fight club inquiry, has heard he told medical staff he had been assaulted before he died. 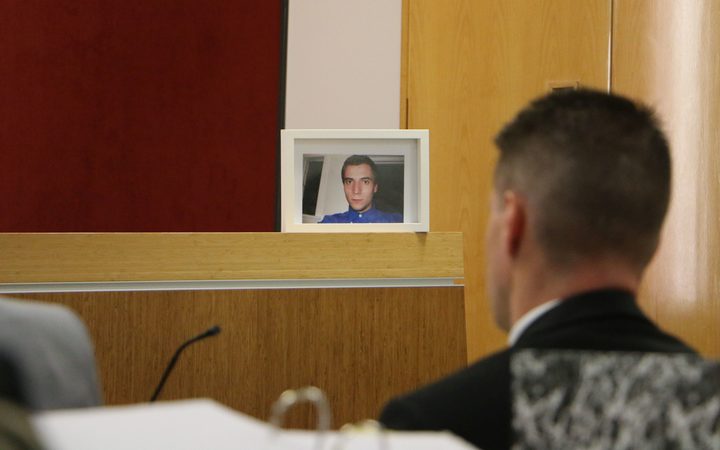 A framed photo of Nick Evans, who's the subject of the coronial inquest. Photo: RNRNZ / Anneke Smith

Nick Evans served time for drug offending at the formerly Serco-run prison and died suddenly after being transferred to a Northland prison in June 2015.

He suffered a collapsed lung, contracted pneumonia and then caught an infection that later killed him.

Labour MP Kelvin Davis claimed in parliament that other inmates "dropped" him off a landing and he was transferred to Northland prison because of his injuries.

His death was one of a number of incidents at the jail, which culminated in the government deciding not to renew private operator Serco's contract to run the prison.

Clint Bambrick, who was brought into Mt Eden Prison as Serco's transition manager in August 2015, told the inquest there was a heavy demand for health services at the prison.

"MECF [Mt Eden Corrections Facility] was a busy prison with significant numbers of prisoner movements, either coming in to the prison or leaving the prison each day," Mr Bambrick said.

"To the best of my knowledge, the prison operated at full capacity, or almost full capacity, at all times in 2015. The number of prisoners at MECF resulted in a large number of assessments and put heavy demands on the health staff."

Records showed Mr Evans told medical staff he was thrown on his back by a fellow inmate in March 2015, but this was never followed up, Mr Bambrick said.

"That information should have been passed to Correctional staff, who in turn should have investigated that statement, yes, but that process doesn't appear to have happened, from the information that I can read within the evidence."

In a statement, read aloud by Mr Bambrick, a fellow inmate said Mr Evans told him about the assault.

"He didn't really tell me much about the assault, but he said he got assaulted by a Black Power prospect in a room because he couldn't pay them for some tattoos that he had just got done.

"Nick never told me what their names were though. It was after this that he went really downhill, I thought he was normal and never complained of sickness or having any chest pains."

An earlier report into Mr Evan's death found there was no evidence he had been involved in prison fight clubs or that violence or injury contributed to his death.

Coroner Shortland said the inquest was not to be used to address violence in prisons.

"I accept already there is violence in prisons, what we've heard from Mr Bambrick already is that quite often, if I'm referring right, there are assaults that go on that are not reported, they're kept quiet and no one narks," he said.

The now-retired head nurse at the prison, who treated Mr Evans - Patricia Sigley - said he told her he had hurt himself.

She said she jokingly asked if he'd fallen off his bunk bed, an excuse inmates often used to cover up beatings.

She told the court inmates never told her they had been beaten because they did not want to nark.