The Corrections Department is defending its prison performance measures, even though they ranked Mt Eden as exceptional when the jail was under scrutiny over the safety of inmates and staff.

The department was aware the jail was compromised back in 2013, but kept publishing the performance tables, which the government used to repeatedly praise private company Serco as operating one of the country's best prisons.

Serco ran Mt Eden from 2011 until last year, when it lost its contract over fight clubs operating at the jail.

The performance measures are being overhauled, more than three years after then-Corrections minister Anne Tolley launched them in March 2013.

At the time, Ms Tolley told Parliament they would boost transparency and accountability to taxpayers, and let prison managers share successful practices.

"It is worth noting that the Serco-managed private prison at Mt Eden is in the 'exceeding' category and is ranked as one of the best-performing prisons in New Zealand," she said.

But her department was already hearing complaints from Mt Eden guards that low staffing levels were making it unsafe - and Corrections has now told RNZ that it ordered an urgent independent review, sending in consultants in October 2013 and in March the following year.

That review raised significant concerns about staffing levels and unlocked prisoners being unsupervised for lengthy periods of time. The department wrote to Serco urgently requesting a plan to address this, issued a 'Performance Notice' on the failure to control and supervise the activities of prisoners. Serco was ordered to pay a $50,000 penalty.

Fight clubs, meanwhile, were taking place, including one incident in August 2014 which lasted 43 minutes.

And in 2015, two prisoners sustained injuries.

In February Alex Littleton broke both his legs in Mt Eden. Corrections say he was being chased and fell, his family say he was beaten and pushed over a balustrade.

In March, Nick Evans was assaulted in Mt Eden, and his family says his lung was punctured. He died in hospital in Whangarei after being transferred from Mt Eden to Ngawha prison in Northland. Corrections denies Mt Eden had anything to do with his death in hospital.

The following month, Sam Lotu-Iiga, who had taken over as Corrections Minister, told Parliament he was satisfied Mt Eden was safe.

"In the last prison performance table ... Serco's Mt Eden Corrections Facility was the most exceptional prison based on core security, internal procedures, and its rehabilitation score," the minister said in April 2015. "So it is clear that despite the fact that we have that private prison, it is one of the highest-performing prisons in New Zealand."

In the September 2015 quarterly tables, Mt Eden had plunged from the highest to the lowest ranking of "needing improvement".

But Corrections insists the prison performance tables were correct from 2013 until now, based "on the indicators that were being used at the time", which did not include staff levels.

It said the understaffing at Mt Eden was "dealt with as a contractual matter, separate from the day to day reported performance of the prison".

The tables have not been updated since November last year. Corrections says a year's worth of rankings will be issued shortly alongside the annual report, and then resume quarterly.

Corrections chief executive Ray Smith did not respond to RNZ's question of whether all prison rankings were suspect, given what had happened with Mt Eden's.

The government has said there is nothing to stop Serco from bidding for more Corrections' work. 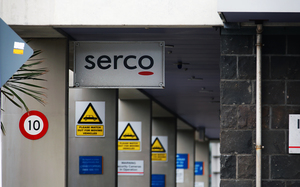