Two siblings have been jailed for supplying methamphetamine linked to a boat that washed up on 90 Mile Beach. 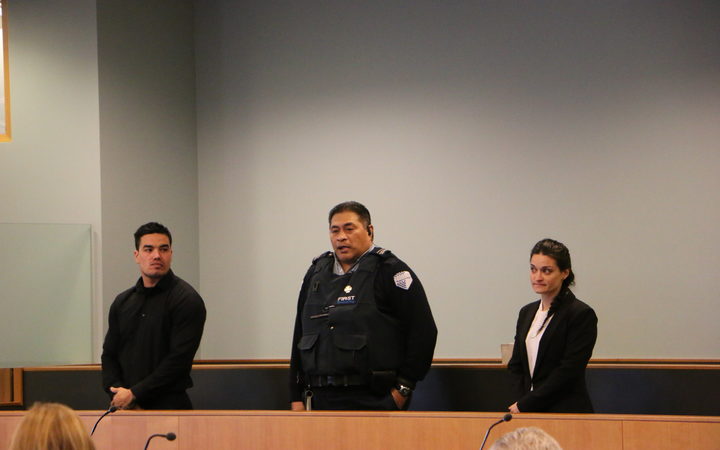 A jury found Riki and Chevonne Wellington guilty of possessing methamphetamine for supply and supplying the class A drug in a High Court at Auckland last month.

They transported around 1.5 kilograms of methamphetamine each between Auckland and Christchurch in October, 2016.

The pair join several others who have already been jailed for their role in the supply chain, uncovered by a police investigation dubbed Operation Virunga.

The police seized more than 500 kilograms of methamphetamine from a boat that washed up on 90 Mile Beach in Northland in June, 2016.

The methamphetamine haul was estimated to be worth almost half a billion dollars.

This morning, Justice Matthew Palmer began his sentencing by denouncing the class A drug.

"It is one of the most dangerous of drugs which is why the maximum sentence for supplying methamphetamine or possessing it for supply is life imprisonment."

A woman connected to the boat that washed up on 90 Mile Beach led the police to the siblings, who were put under surveillance as part of Operation Virunga.

Today Ms Wellington's defence lawyer, Annabel Maxwell-Scott, said her client had used her time in custody to address her drug addiction, which drove her offending.

The 26-year-old had started a university degree before she was charged, and still had a bright future ahead of her.

She said Ms Wellington had already spent two years in custody and said there was a plethora of evidence to show a lengthy sentence outcome would not deter others.

Mr Wellington's defence lawyer, Mark Ryan, said his client had potential to reform with the help of his prosocial family, who supported the pair from the public gallery during sentencing.

Justice Palmer imposed a minimum non-parole period of five years for Mr Wellington and no minimum period was imposed for Ms Wellington.