Kāpiti Coasters have got their air connection to Auckland back, more than four months after Air New Zealand abandoned the route. 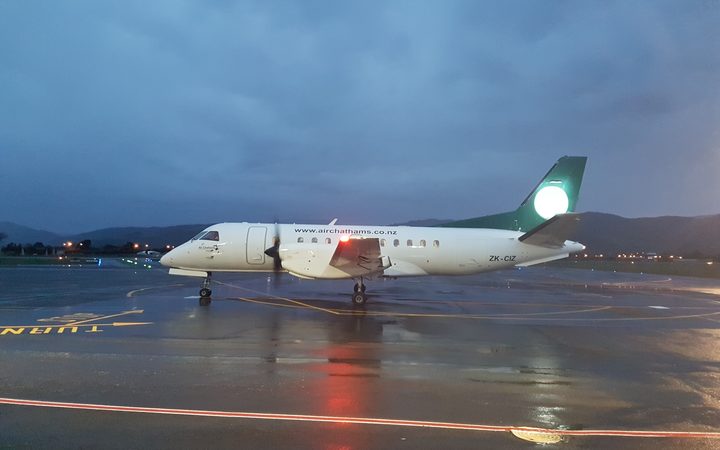 The inaugral flight, run by Air Chathams, departed Kāpiti Coast at 6.45am today with 29 passengers on board.

Locals said they were tired of the more than one-hour commute to Wellington Airport, which they were forced to do when Air New Zealand unexpectedly announced it would pull all fights after 3 April.

"It's just going to give us a sense of being a community again that can actually move out of the area for a trip without having to go into Wellington and we're avoiding the traffic."

Local Gary Lawn said he was just happy his commute time would not be as lengthy.

"During the time there wasn't a service, you had to end up getting in Auckland a lot later, the day wasn't as productive and now we can get up there ready to start business."

Kāpiti Chamber of Commerce co-chair Julene Hope was also traveling on the flight this morning.

She said the route's return was a real buzz for the Kāpiti business community.

"It's important for the business community that we have access to Auckland - the biggest market.

"We did know that it was felt pretty hard when Air New Zealand pulled out, so the business community is really welcoming Air Chathams."

Chris Orchard runs the airport's cafe. He said he feared for his business when Air New Zealand left the region, concerned a lack of foot traffic would spell an end to the family-owned operation.

But he said the community rallied to keep the business afloat, taking time out to visit the cafe.

Mr Orchard said now that the Auckland route was back and up running, his business looked back on track.

"We're a family run business so it's going to be good for us.

"It's awesome for the community, the business community that use the service, and this is a fantastic addition."

Air Chathams will run six flights between Paraparaumu and Auckland each weekday, and three on Saturday and Sunday.

Each plane has 31 available seats, which Air Chathams spokesperson Adrian Ali said might be a challenge to fill.

But he said he was optimistic about the future of Air Chathams in Kāpiti, because of the huge community support.

"We've been welcomed with open arms here in Kāpiti, similar to all the other regions we've been servicing and the support from the local community has been overwhelming and that's really great for the success of any route."

A few locals stood in the rain to watch the first flight take off this morning, hailing it as a win for the small coastal town.