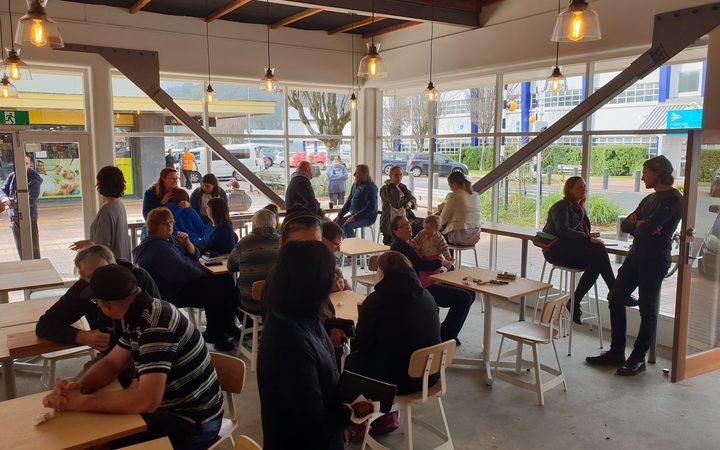 The cafe treated the local community to a free coffee on their soft opening. Photo: RNZ/Ben Strang

For the past three years, Wellington's Lauren Tennent has run barista training courses inside the prison, teaching 30 inmates each year the dark arts of coffee making.

The course is run through Trade School Industries, a charity hoping to teach inmates skills which will help them find a job on the outside.

Now they have taken their efforts up a notch, opening a cafe in the Lower Hutt suburb of Naenae which will provide full-time employment for some inmates after their release.

"They are so excited," Ms Tennent said of the budding baristas behind bars.

"As soon as they hear about it their eyes light up and they're like, 'what? I can actually get employment?'

"It's so rare. There aren't many opportunities out there so when you openly say there is, they're taken aback."

The cafe, called Trade School Kitchen, had a soft opening on Thursday in which they handed out free coffees to the local community.

It was their way of saying hi, and the response was emphatic.

Hundreds of people rolled through the doors on Everest Avenue to see the new cafe and chat to the staff.

It could not be a more appropriate place for the cafe, with their staff facing a steep mountain to climb back into society. 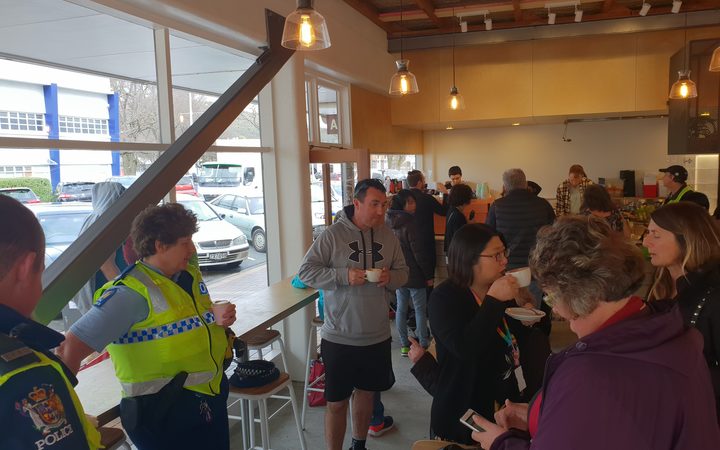 Hundreds of people rolled through the doors on Everest Avenue to see the new cafe. Photo: RNZ/Ben Strang

Naenae police sergeant Stephen Cross said the cafe opening had been well received by the community.

"Everyone I've spoken to is really proactive. They think it's a great opportunity," Cross said.

"Especially when we've explained to them who will be staffing it, they think it's an amazing idea because a lot of the time ex-prisoners are thrust out into the community without too much help.

"I think this is a good way to get them those skills to help them move on and find other work."

The first former inmate is expected to start at the cafe next week, and two more will follow in October, if their parole board hearings go to plan.

Ms Tennent will be in attendance for the hearings, carrying a copy of their employment contracts in hand to try and convince the board they should be released.

She said the course had given women hope and belief that they could leave prison and become contributing members of society.

"There's this point in the training where, as soon as it gets a bit hard, they feel like they'll never be good enough," she siad.

"By the end, it's just amazing seeing them. They know that they are capable of doing it and they want to get a job and they believe that they can get a job." 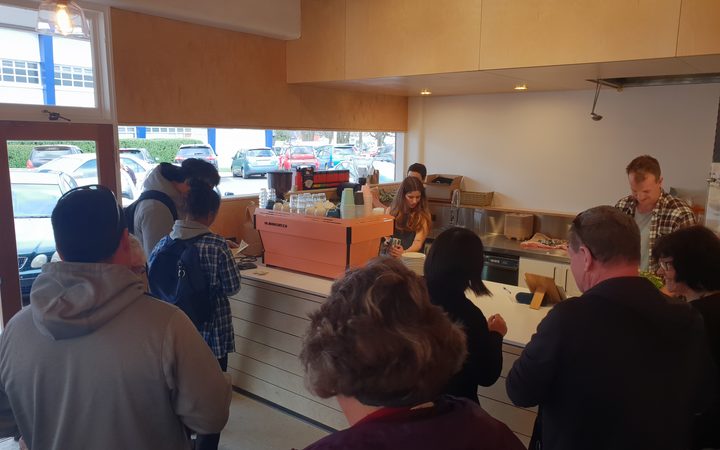 The cafe opening was well received by the community. Photo: RNZ/Ben Strang

The women will be guaranteed a year of employment at a starting rate of $17.50 an hour, with a pay review after three months.

The aim was to reintegrate them into the community, so they could eventually find a job elsewhere.

Then the cycle will start again.

Ms Tennent said several other hospitality businesses had said they too would employ graduates.

While the barista course was a start, she said they would like to add more courses.

"There's a lot of opportunities out there for men's prisons, and there really isn't for women," Ms Tennent said.

"We're the only trade in there. There's nothing else for employment. It'd be cool to give women some more opportunities."