Rimutaka Prison inmates involved in a gardening project are learning skills that will help them integrate back into the community, an officer says. 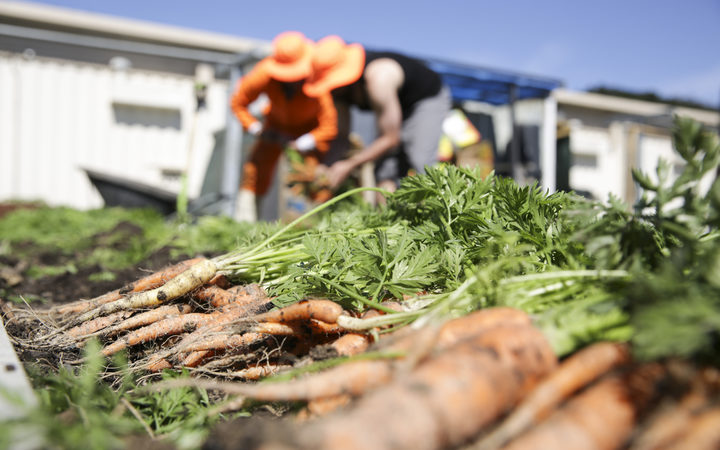 Prisoners hard at it in garden. Photo: RNZ / Richard Tindiller

Common Unity began five years ago as a way for the Hutt community to grow vegetables to feed those in need.

It began with a garden on an old soccer field at Epuni School; now it has a number of gardens in the area, including several in Rimutaka Prison.

The project's founder, Julia Milne, said initially the project fed 100 children, but she realised it could do a whole lot more by making use of spare ground in various parts of the Hutt Valley, including the prison.

Members of Common Unity grow seedlings, which are then taken to the prison for planting, growing and harvesting.

"We work with four different units at the prison, all in various stages of development," Ms Milne said.

"[They] offer the possibility of not just involving those [behind bars] in the feeding of children, but also ... the gardens become a therapy and that is being used more and more across the world."

When it is ripe, the fresh produce is taken to a community kitchen where it is chopped up and frozen to be provided to families in need during term time. 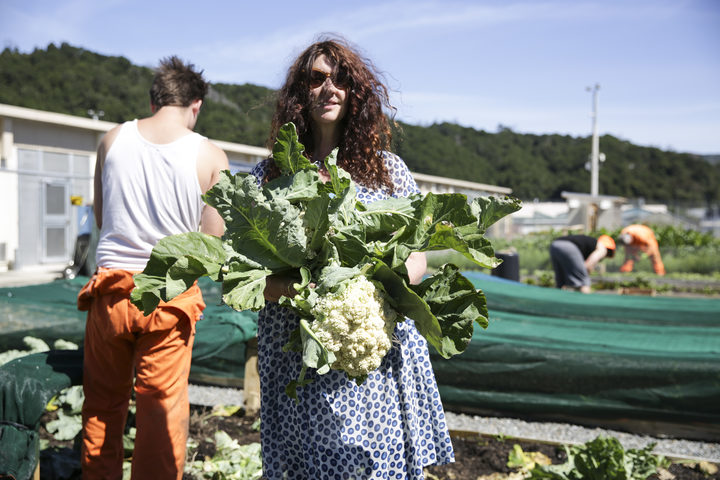 The gardens could also be healing for those inside and outside the wire, Ms Milne said.

"The first guys I met at Rimutaka told me they were once the hungry child who didn't have a lunch, so we really honour the work going on here.

"They have such pride and are doing such amazing jobs because they feel deeply connected too and I believe there is the enormous potential for great healing in that gesture."

The prison gardeners also had an extraordinary thirst for knowledge.

"They want to learn more, they want to grow more and they want to know how it is that they can find employment on the outside when they finish their sentences and that's incredibly heartening."

Prisoner William, not his real name, has been involved in the garden for three months and has just been appointed as a team leader for the project.

He absolutely loved the work, he said.

"When we come out here we feel a lot freer.

"It's actually really fulfilling when you're in here. 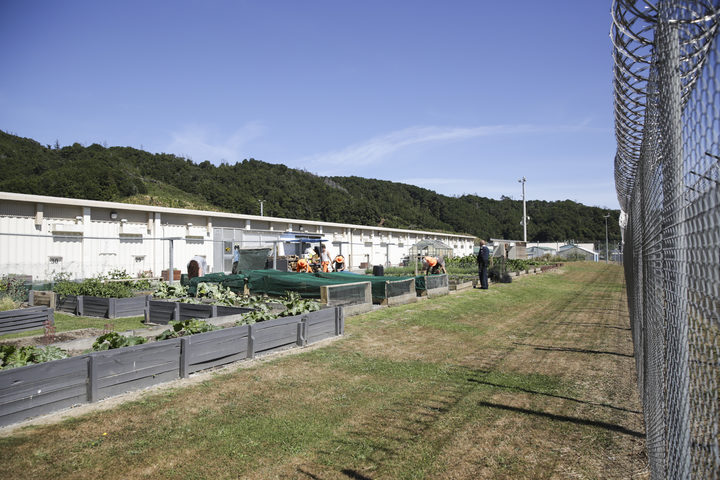 It was also great to know his work was producing food for hundreds of children, William said.

"It makes everybody work that much harder and put that much more love into it.

"When somebody plants something new, there's always a thought of, 'Can't wait to get this off to the kids.'"

Corrections officer Lindsay Helson said working in the garden had many benefits for the inmates under his watch.

"They're a lot calmer. They feel they have a purpose, they're recognised and valued, we thank them for their work. Some of them don't get many people thanking them," he said.

"They get things completed: there is a harvest, there's an end to it and then there's a new beginning - so it speaks to them about re-integration and how they should approach their life when they leave here."

Some of those working in gardens at the prison units were completing unit standards in horticulture and also learning skills they could use to earn a living on the outside, Mr Helson said.

Among the vegetables the prison gardeners harvested yesterday were 15kg of carrots, 3kg of beetroot, and between 4 and 5kg of cauliflower.

In the coming weeks and months a variety of other vegetables will make an appearance, including peas, beans, zucchini and corn.