A novice Māori cheesemaker has won a major award in one of the world's most prestigious cheese competitions. 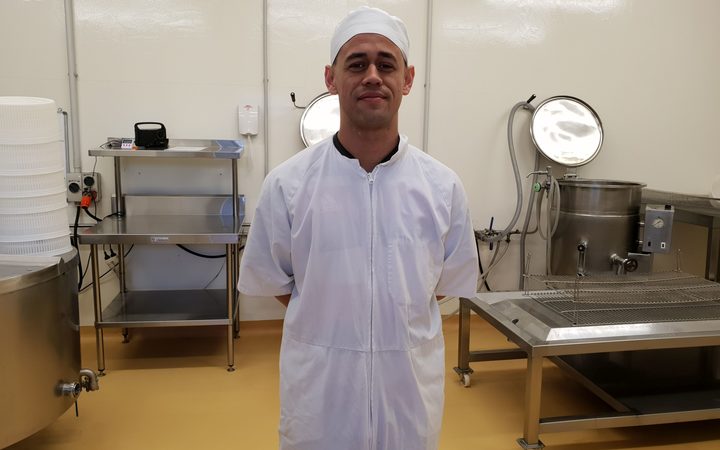 Zev Kaka-Holtz, who works for Whangarei artisan company Grinning Gecko, took the bronze medal in one of the world's most prestigious cheese competitions. Photo: Supplied

Zev Kaka-Holtz works for Whangārei artisan company Grinning Gecko and his kau piro cheese has taken the bronze medal at the Nantwich international cheese show in the United Kingdom.

Kau Piro (smelly cow in te reo) is a camembert style cheese that is washed in a bacteria solution giving it its characteristic aroma.

Mr Kaka-Holtz said at first he was disappointed he didn't win gold in his section for novice cheesemakers.

But his boss Catherine McNamara said it was a huge achievement as he was up against the best in the business.

"It's the biggest and best cheese show in the world, you can compare it to the Olympics," Ms McNamara said.

The gold and silver medal winners worked for old established European firms with, in one case, 100 years of mentoring behind them. 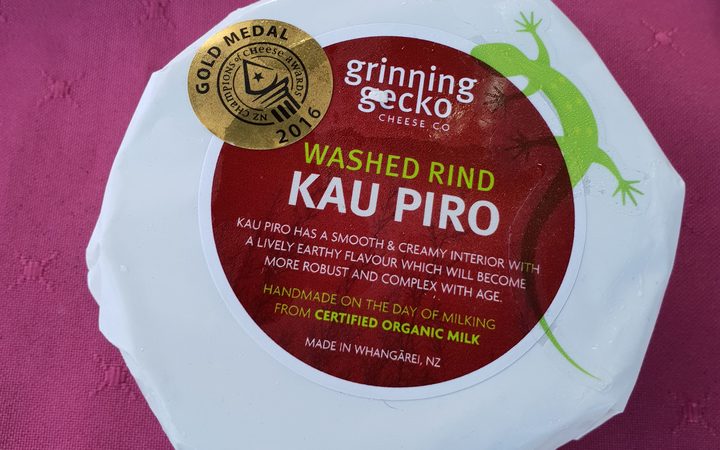 "It's basic, I just go to jobs to feed my children and if they're proud of me then I'm happy," he said.

He didn't start out being passionate about cheese and what he was used to was the sort you get in a Big Mac.

"At the start I just used to wash the dishes but Catherine saw something in me and let me take over the cheese making process and now it's become a passion."

According to the 30-year-old, the secret to making a good smelly cheese is aroha.

"The biggest thing I would say is to make it with love, I make the cheese like I'd be happy to feed it to my children.

"I suppose that's what makes me realise that in the whole world, if you just make something with love it can get you almost to the top," Mr Kaka-Holtz said.

Next time, Grinning Gecko's youngest cheesemaker said he would be going for gold.