While the government is looking to phase out the use of single-use plastic bags, marketing and engineering experts say there is more businesses can do to limit packaging. 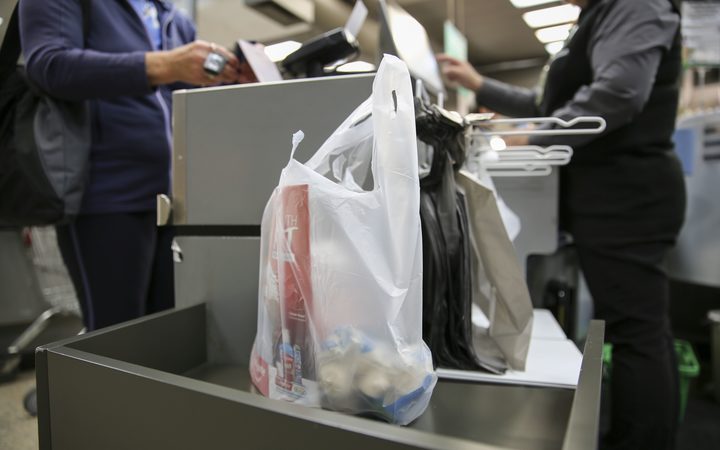 The government announced yesterday it will be aiming to get rid of the bags by July next year and will likely also include compostable and biodegradable bags.

It is a move that's being supported by the president of Engineers for Social Responsibility, Thomas Neitzert.

"We know they do not degrade in your average environment, compostables only degrade in compost factories, so every bag whether it's degradable or compostable hangs around in the environment for quite a few months and that's when the damage occurs," he said.

Professor Neitzert said a single-use plastic bag ban was a good first step, but there needed to be a conversation around what else needed to go.

"High on my list is single use plastic bottles for water, or there's lots of single packaging in a bigger box, where we really have to think about from a producer's point of view how can we supply more in bulk and don't wrap every single chocolate in a plastic or foil wrapper," he said.

"Like if you buy a toaster, instead of bringing the whole box back home to unpack, in countries like Germany you can leave the whole box there as well as all the styrofoam," he said.

Dr Mike Lee said that approach put more pressure on the retailer and manufacturer, rather than the responsibility lying solely with the consumer to limit packaging.