A Taranaki iwi has lashed out at a Ministry of Justice decision not to renew its mortuary services contract with the Taranaki District Health Board. 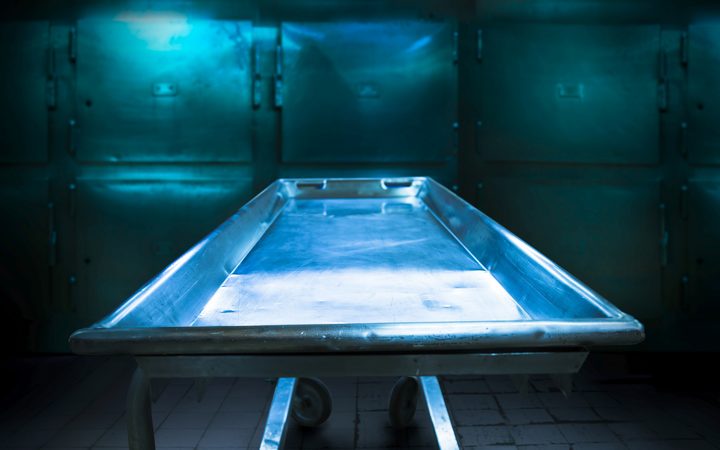 As part of a national review of coronial support services, it will mean all post-mortems required on Taranaki bodies will be done in Palmerston North or Hamilton.

Kaiarataki (leader) o Te Rūnanga of Ngāti Ruanui, Debbie Ngarewa-Packer, said the decision was outrageous and made without consultation with the wider Taranaki public.

"This is a blatant disregard for tikanga Māori and whānau throughout Taranaki."

Ms Ngarewa-Packer said taking coronial services out of region would have a negative effect on whānau access and management of tūpāpaku (the person's remains).

"To supersede tikanga Māori greatly affects whānau outcomes and is in direct violation of the Coroners Act 2006. When the grieving process is not respected, those affected are more likely to experience negative outcomes such as depression and increased likelihood of grief-related suicide."

"The decision to take services out of region would directly violate this," she said.

Ms Ngarewa-Packer said Ngāti Ruanui would be seeking to have a face-to-face discussion about the issue with the Ministry of Justice.

Rob Tucker's daughter, Philippa, died in 2009 when she got up in the middle of the night and fell from a bedroom balcony on to a concrete floor at a villa near Oakura on her sister Jacquie's wedding night.

Her death was referred to the coroner.

Mr Tucker said it would have been unthinkable that at such a difficult time his daughter could have been taken away to Hamilton or Palmerston North.

"It would be like Big Brother taking over and saying you know 'well take over now. You've got no more rights over the body and, yes, it's unfortunate she's died but you know we take over now. It's the law'.

"That could be rather insensitive, especially if the body is taken out of the province. I think that is terrible."

"Anything a DHB can do to save money or whoever they come under, the government anyway. They seem to be trying to do it. Yet in other areas they are spending millions and maybe this is a consequence of that. That some of the core services are suffering."

But the Ministry of Justice said the Taranaki District Health Board did not respond to the tender process for coronial support services.

In a statement, the ministry said it was finalising contracts with other providers, and where a post-mortem is required, it would be conducted in Hamilton or Palmerston North, and tūpāpaku (the person's remains) would be returned to whānau in a timely manner.

Taranaki DHB chief executive Rosemary Clements said it only held a contract to provide a mortuary facility so did not tender for coronial services.

The Taranaki DHB would continue to provide a mortuary at the hospital, which would also be used at times by the police, she said.