Queenstown locals are up in arms over the proposal to double the number of flights to and from the town's airport. 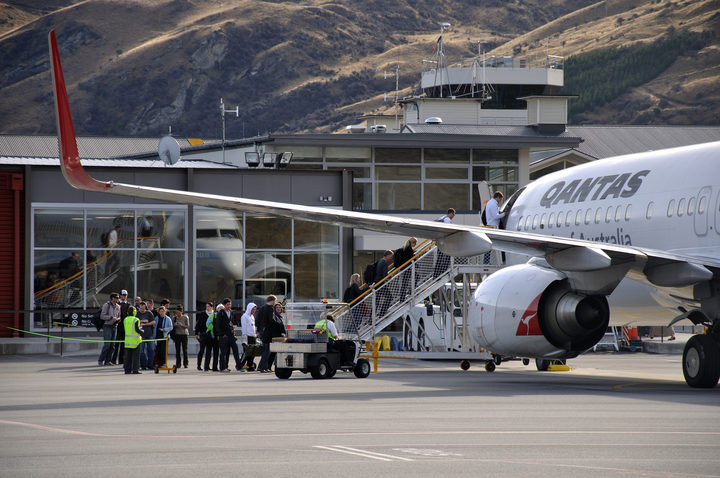 The number of flights in and out of Queenstown each year may have to expand from 21,000 to 41,600 to cope with the expected 2.5 million passengers that will be travelling to and from the resort by 2045.

But locals, like prominent businessman Sir Eion Edgar, say the noise created by the airport was already impacting the quality of life for nearby residents.

"I haven't struck one person that disagrees with the view that enough's enough.

"If you have too many more people, your experience - whether it's on a skifield, downtown, whatever - is unpleasant. So ... it's just being practical."

Former Queenstown councillor Kirsty Sharpe said the noise of planes taking off and landing already made life unpleasant from the deck of her Kelvin Heights home.

"The whole community's been caught almost with its pants down - how do we cope with this growth?" she said.

"We feel we've got enough traffic going on at the airport right now and we don't want to see it more than doubled in the future."

The town was already struggling to cope with the number of visitors, she said.

But her opinion was in contrast to that of Destination Queenstown chief executive Graham Budd.

"I'm in the camp of saying we should aspire to have sustainable future growth," he said.

But he said there was no right number of flights and that was why the airport was having the conversation with locals.

"I think we all, as a community, need to take a deep breath," Mr Budd said.

"And actually have the conversation. What is it that we want and what does sustainable growth look like?"

Queenstown Airport chief executive Colin Keel said the airport was attempting that and was simply informing the public about what was forecast to arrive in the town in future.

The outcome of consultation was not a foregone conclusion.

"That's why this is very much a proposal because it needs to be shaped and this is the first step amongst many I would suspect before we get to some type of answer," Mr Keel said.

The proposal presented the airport's best solution to impending growth and was not about ramping up operations, he said.

"What I would ask people to think about ... is 30 years out and what would be acceptable in 30 years. What is the kind of environment we want as residents and we want for our visitors? And that's really the kind of conversation we're prompting," he said.

Queenstown Lakes District Mayor Jim Boult said it was an important conversation and he was open-minded about the outcome and the future of the airport and town.

Consultation on the plan closes on 20 August.