The level of firefighting foam contamination in eels in south Taranaki is up to 80 times the proposed trigger level in an official food safety report. 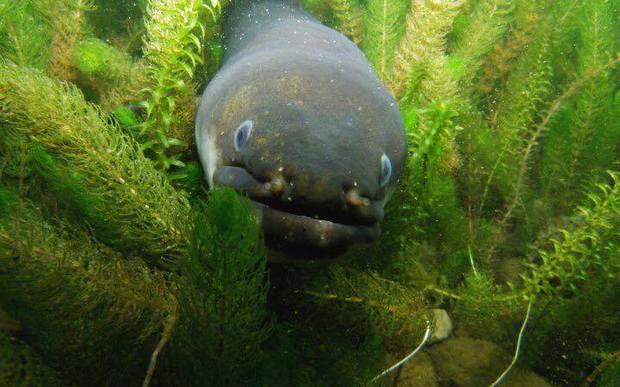 The chemical PFOS has been getting into two streams for years, after oil company Shell did not follow a ban imposed on that type of foam in 2006.

Tests have found longfin eels in the Ōaonui Stream with up to 420 micrograms per kilogram of PFOS in them.

The trigger point for fish is 5.2 micrograms, according to a report by Food Standards Australia and New Zealand.

This report into perfluorinated chemicals in food proposed this 5.2 level as a trigger to prompt extra investigations.

The trigger point is the maximum level below which even someone who ate a lot of that particular food would not be exposed to more PFOS than the tolerable daily limit. The trigger points proposed for milk, vegetables and fruit are a lot lower than for fish and meat.

The man-made PFOS chemical is in the PFAS family which last thousands of years, accumulate in the body, and have raised increasing health concerns worldwide, though the research is inconclusive as to their impacts.

However, all these limits, along with the health guidelines for water supplies, are based on incomplete research - and some researchers say many guideline levels for water around the world are far too high.

The FSANZ report pointed out that PFAS levels in food were not regulated in any country.

The Ministry for Primary Industries is now advising people to avoid eating any eels or fish from the Ōaonui Stream, and to eat them only once a month from the nearby Ngapirau Stream.

Both streams take wastewater discharges from Shell's Maui Production site, and a nearby firefighting training site run by a multinational company Wood Group.

The groundwater at both these sites - and at three other sites so far investigated around Taranaki - is contaminated at above safe drinking levels, but the regional council said no one uses it for drinking.

Wood Group was ordered to stop discharges in late 2016 when council inspectors saw foam in the Ōaonui Stream.

The regional council tests on eels were "the first test results to be released on the levels of PFAS in New Zealand fish species", the ministry said in a statement.

"Eels are high in the food chain and also tend to stay confined to smaller stretches of waterways, it's therefore not surprising that they can carry higher PFAS levels."

Investigations in Australia, the Netherlands, Sweden and Canada had shown similar ranges of PFAS levels in freshwater fish species, it said.

Meanwhile, the PFOS detected in groundwater at New Plymouth Airport is being attributed to foam used before 2004.

The airport stopped using foam with PFOS or other PFAS-class chemicals in it in 2003-2004, chief executive Wayne Wootton said.

The Environment Protection Agency tests on foam in February this year found no non-compliance at the airport, he said.

The highest level found in the water near a long-disused fire training site, is one microgram per litre.

This is 14 times higher than the drinking water safety guideline, and slightly above the recreational water guideline.

"There is no known water extracted for drinking from the airport grounds," Mr Wootton said.

The airport would keep monitoring 10 bores around the precinct.

No PFAS was detected in tests on mussels taken from near the port, near the contaminated tank farms at Paritūtū, and near the mouths of the Ōaonui Stream, Waiwhakaiho River, Waiongana Stream and Waitara River.