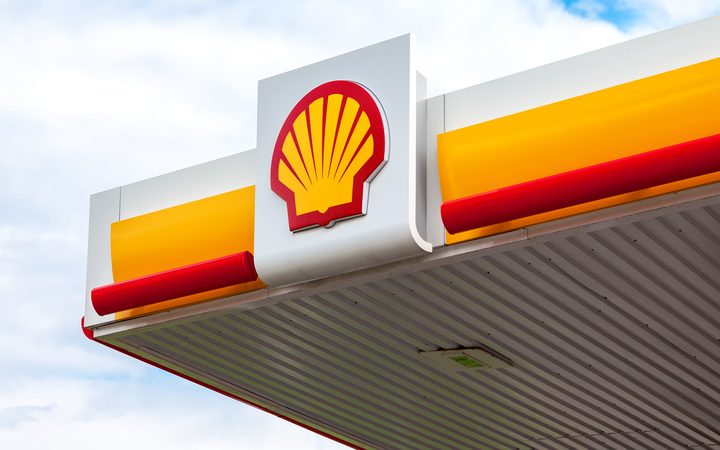 Shell is a multinational oil and gas company Photo: 123RF

It only stopped using the foam containing damaging PFOS in March when it got caught up in a nationwide investigation into the contamination.

Two south Taranaki streams are also polluted with the chemical and authorities are warning people not to eat the fish and eels.

PFOS has been on the international chemical hazards list, called the Stockholm Convention, since 2009, was banned in this country in 2006, and is subject to the Hazardous Substances and New Organisms Act.

Shell's use of it has only come to light because RNZ began asking the Taranaki Regional Council what it had discovered as part of the nationwide investigations.

The Environmental Protection Authority has known about Shell but has not told the public.

Earlier yesterday, the Petroleum Exploration and Production Association (PEPANZ) said it understood that "PFOS is not currently a part of any [fire safety] system by oil and gas operators in New Zealand".

Shell Taranaki general manager Rob Jager said in a statement the company first became aware that it "may have an issue with firefighting foams" in March this year. He would not give an interview.

Tests then showed PFOS in the foam at its Paritūtū and Omata tank farms on the outskirts of New Plymouth.

"No further use of the foam has occurred, and the company has worked with regulatory authorities to remove and replace these foams from the Tank Farm sites which will be completed by mid-August," Mr Jager said.

At a third site - the Māui Production Station near Opunake - the chemical is not in the foam but it is in the groundwater, so was "likely historic, from previous foam that would have contained PFOS", Shell said.

The manmade chemicals in the PFAS family last thousands of years, accumulate in the body, and have raised increasing health concerns worldwide, though the research is inconclusive as to their impacts.

At all three Shell sites, the groundwater has tested at above the health guideline for drinking water.

Shell and the regional council said neither people nor livestock use the groundwater for drinking, but the how far the contamination was spread is not clear.

The chemicals have also been found in groundwater at New Plymouth airport and a firefighting training centre near Opunake.

The council said its looked in a 6.5km radius around the training centre and has not found any bores used for drinking water. It said all five sites are close to the coast, which means contaminated groundwater will tend to flow into the sea.

The training centre and Māui Production Station both discharge wastewater into the two streams, the Oaonui and the Ngapirau, which have elevated levels of the chemicals and should not be fished.

"That's just shocking," said Emily Bailey, who lives nearby, and is a spokesperson for anti-oil group Climate Justice Taranaki.

"I mean I don't know if the community knows - people might be out there eating them right now.

"My child's kura went and were collecting pero [lamprey] just last night a couple of streams up from there."

The lab-testing results have not been released for any of the groundwater or surface water, only for eels, watercress and mussels. The latter two had very low levels.

But the PFOS levels in the eels are hundreds of times higher - and significantly higher than those found in seafood in parts of New South Wales that led to a state government warning there.

Ms Bailey found out about the Ministry for Primary Industries' provisional warning not to eat the eels and fish from the Oaonui stream from RNZ last night.

"Our communities live off the land," she said, adding this eel ban came on top of a ban on shellfish collecting due to algal bloom.

The Taranaki discoveries mark the first confirmation that the petrochemical industry has contaminated water supplies with the extremely longlasting and damaging chemicals.

This may have implications for other petrochemical sites, such as Marsden Point, or the Seaview tank farm in Lower Hutt.

Mr Jager did not say why Shell did not contain the foam runoff properly. It said it had talked to its staff, iwi, and neighbours about it, and would have removed the PFOS foam by next week.

Shell is trying to sell its assets in New Zealand. A sale to OMV is before the Overseas Investment Office.

The multinational company Wood Group, which runs the firefighting training site, referred RNZ's questions to its head office in Aberdeen, Scotland. In a statement, Wood said that any foams it had used since it leased the Oaonui site in 2002 were within regulation.

"In April this year we proactively took the decision to use water and carbon dioxide in the training" at the centre, it said.

The New Plymouth District Council said it would comment later today about the contamination of groundwater at the airport, which it owns.

RNZ understands the airport also has stocks of the banned PFOS foam.

The Primary Industries Ministry said it was finalising its food safety advice but for now was telling people to avoid eating eels and fish from the Oaonui stream, and to eat them only once a month from the Ngapirau Stream.

The Environmental Protection Authority has issued compliance orders only at four small airports, but has not issued them against Shell or Auckland Airport, which has admitted it has foam that is "likely" to contain the banned PFOS or PFOA.

The EPA has consistently refused to provide specific answers to RNZ's questions for several months, saying its investigation is ongoing.

"You may recall ... that our 25 July release noted that '…we are engaging with those responsible for non-compliant foam, to ensure its safe storage and disposal'," it told RNZ last night in a statement.

The EPA declined to be interviewed.

The Petroleum Exploration and Production Association said the industry "has a good awareness of the issues with PFOS and companies have been checking their foam stocks to determine if they hold any PFOS".

Its chief executive, Cameron Madgwick, said nothing about Shell's discovery it had PFOS foam.

The industry was replacing PFAS foams with newer foams, he said.

Fluorine-free foams do not contain the PFAS compounds, of which there are thousands, and of which PFOS and PFOA are just the two most widely researched so far, and even then little is known about them despite them being in use since the 1940s.

Rob Jager of Shell said no PFOS was found at its Pohokura Production Station; and that a test sample of the Herekawe Stream near the Omata Tank Farm showed PFAS levels did not exceed the drinking water guideline.

"We are continuing to monitor the sites; to provide monitoring information to the TRC; and to work with the TRC on next steps."