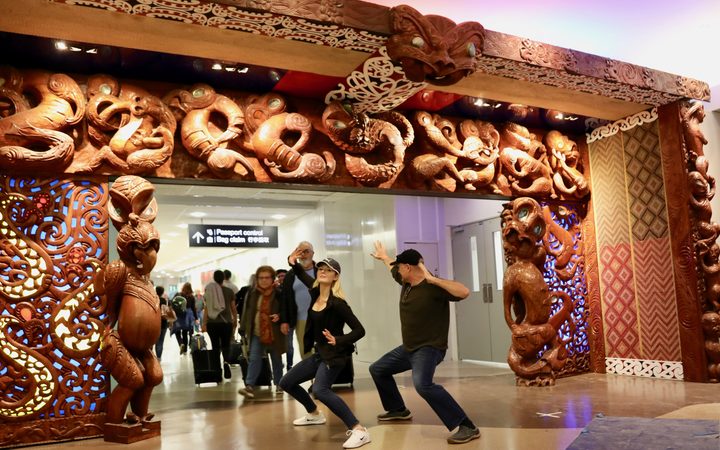 Promoters sent out a photograph showing the pair posing under traditional Māori carvings in the Auckland Airport international arrivals hall.

The pair are known for their extreme and polarising views on topics such as feminism, gender, immigration and Islam and were banned by the Auckland Council from speaking at venues it owns earlier this month.

They have managed to book an undisclosed private venue to hold their speaking rally and are due to speak tomorrow evening.