Both sides are claiming victory after the withdrawal of urgent legal action over the decision to ban two right-wing Canadians from council venues.

The so-called Free Speech Coalition crowdfunded tens of thousands of dollars to launch court action in response to Canadians Lauren Southern and Stefan Molyneux being prevented from using the Bruce Mason Centre for an upcoming speaking event.

In a press release, the coalition said it was withdrawing its request for urgent orders because it had achieved "victory". It was still possible further court action could go ahead.

The mayor also welcomed the withdrawal, saying it was a backdown.

Event organiser David Pellowe has said the two speakers were still committed to coming to New Zealand, even if only as tourists.

He says consultation was ongoing with some venues, and remained optimistic they would be able to speak here.

The coalition said its main purpose for next Monday's hearing had gone because the council had conceded that mayor Phil Goff did not make the decision and that it was in fact made by Regional Facilities Auckland.

In a letter to supporters, the coalition said the mayor's tweet claiming he had banned the speakers from council venues was misleading.

"In fact he had no say and he didn't have the right to.

"Free Speech has unequivocally won on the key issue: the arrogant claim of power to block what the Mayor calls 'repugnant' speech (speech that might offend a person's religious prejudices) gets no defence from the Council lawyers."

Mr Goff said he was pleased their urgent court action had been "unilaterally" withdrawn at the High Court yesterday.

He said the case against the council was weak and ill-conceived, and the withdrawal was a backdown. 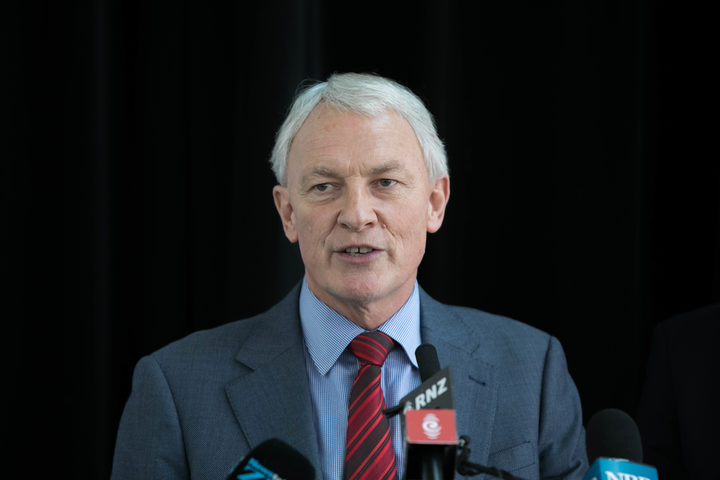 "More importantly, I am happy that we will not be using a ratepayer-funded council venue to hold an event that contravenes our values of diversity and inclusiveness.

"I am a strong advocate of free speech but not of hate speech, where people set out to be abusive and insulting of others based on their skin colour or faith.

"The right to free speech does not mean the right to be provided with an Auckland Council platform for that speech, particularly if doing so would put the public's security and safety at risk.

However, coalition member David Cumin was adamant the group had won a victory.

"The mayor of Auckland tweeted that he didn't want speakers to use public venues. Auckland Council, almost at exactly the same time said, 'We are closing the event because of health and safety concerns.

"Both of those issues are serious ones for democracy: if elected officials are able to determine who is allowed to speak and who is not."

He said the coalition had been able to determine that the decision had been made by Regional Facilities Auckland, independent of Mr Goff.

"It was not his decision ... it was because of health and safety issues. So in that respect we have won the freedom of speech battle on the first front."

The judge in the case, Justice Wylie, released a document today where he laid out the process and explained the Human Rights Commission had been brought in.

"It was also asserted that the third respondent - Mr Goff - the Mayor of Auckland - was unlawfully involved and that he directed that the decision should be made.

"Yesterday, I granted the Human Rights Commission leave to intervene, with the consent of all parties.

"This morning the Registrar has received a memorandum from counsel for the applicants, advising that the application for urgent interim orders is no longer being pursued, and stating that the timetable orders that were made to facilitate the hearing on 30 July 2018 are no longer necessary."

"No reason for this change of stance has been given."

He also noted that further court action was possible after the groups met once again and decisions on refined pleadings had been submitted.

"The applicants seek that the proceeding be set down for a further case management conference in approximately a month's time, so that they can have further discussions with the respondents and/or refine the pleadings.

The coalition said there were still outstanding issues to be addressed.

"Both sides should now agree that the question is whether unexamined safety fears can trump fundamental values of free expression.

"We should agree that defining a duty to overcome the Thug's Veto is vitally important. That should now be the main issue in the eventual substantive hearing."

"We think Free Speech Coalition supporters will want us to ensure that a court tells Councils to ensure the Thug's Veto does not rule in their cities.

"But that is an issue for a later day, and will be the key issue in the substantive proceedings later in the year, if we decide to press on."

Mr Cumin said the coaltion would continue pursuing legal action against Auckland Council for its handling of the case, but said he could not discuss details.