The World Health Organisation has recommended that specific services be developed for people diagnosed with dementia at a younger age, as they face unique challenges. 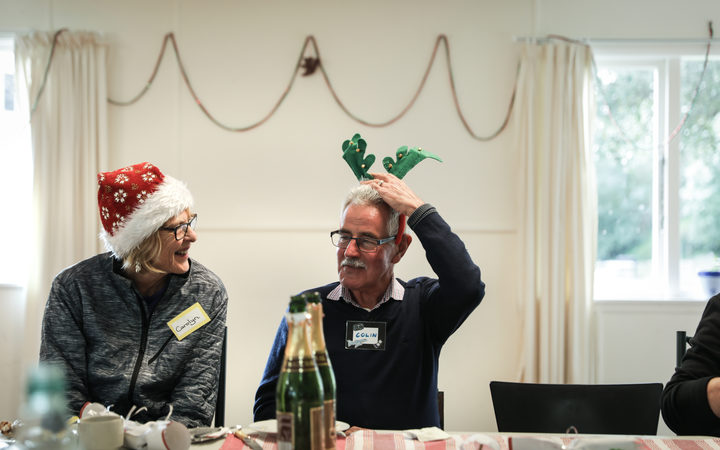 Family and friends got together for the mid-winter Christmas lunch at the Younger Onset Dementia Australasian Trust programme. Photo: RNZ / Rebekah Parsons-King

However, a study by Otago and Victoria University researchers in 2014 and 2015 found New Zealand lacked age-appropriate services for the roughly 9 percent of people diagnosed with dementia before the age of 65.

Study participants with younger onset dementia complained services were designed for frail older people and did not meet their needs.

But a newly formed group in Wellington hopes to change all that.

The Younger Onset Dementia Australasian Trust (YODAT) offers day programmes twice a week for those with an early dementia diagnosis and is hoping to eventually expand beyond the capital.

Recently they held a mid-winter Christmas gathering where RNZ met with them.

Denise, 61, was diagnosed with dementia this year.

She said she did not go out to places she once would have but YODAT gatherings were different.

"They all understand and also the camaraderie and it's a fantastic place in what they do."

Denise's partner, Mac, said for him it was important to know she was in a safe place, where she was having fun.

"[Because] she hasn't got out that much so they interact as a group quite a lot and Denise has missed a lot of that." 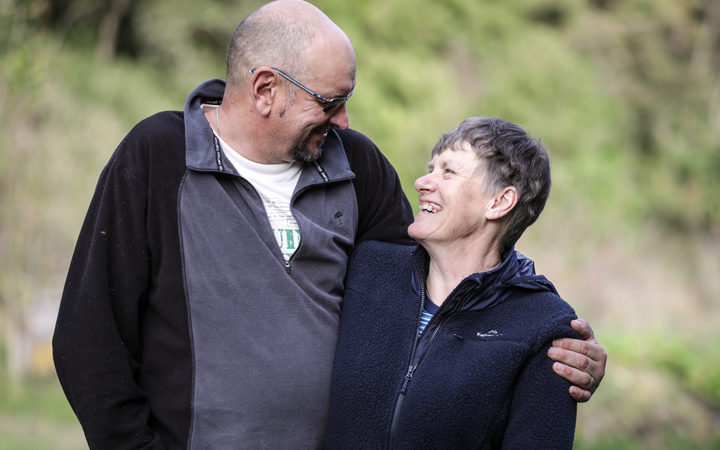 Another attendee, Lizzie, was diagnosed with dementia six years ago when she was just 55.

She and her husband Alec attended some other sessions about dementia, but Alec said the best part of the YODAT gatherings was the laughter.

"This is very much a social, fun thing here and that was an education thing and Lizzie gets more benefit from something that makes her laugh definitely."

Colin Kirk, a legend in Wellington photography circles, and his wife Elaine were at the YODAT gathering and he said it was great to mix with others who were also living with younger onset dementia.

"I find it very good. I go to different ones, but it's good to see people because I don't have a job now because I'm retired so for me it's really good. I really enjoy it." 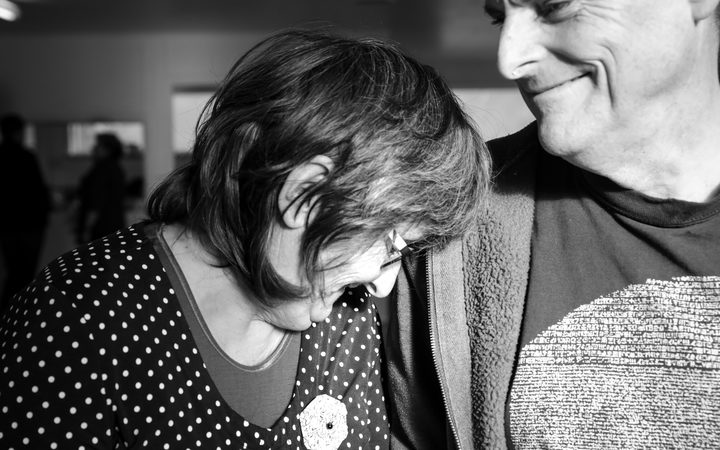 Lizzie and Alec say the best part of the programme gatherings is the laughter and joy of company. Photo: RNZ/Rebekah Parsons-King

Elaine Kirk was still working full-time and was pleased her husband has a place to go instead of saying home alone.

"It's stimulating. It's with people at the right level. There's a lot of things for Alzheimer's when people are far more advanced, but it's really great to have something that's at the earlier stages."

One of YODAT's organisers, Yvonne Browning, became involved after her husband, Fred, was diagnosed with dementia at an early age.

She said the group aimed to keep participants active and involved with other people.

"Often for this age group their spouse is out working so they're at home on their own during the day so there's no contact outside of that, so that's kind of what we're trying to provide."

Dementia Wellington chief executive Anne Schumacher said YODAT provided another option for people with dementia to live well in the community and meeting those of a similar age was particularly important.

"For many younger people with dementia they may still be working, they may have financial pressures ... [or] have a mortgage," Ms Schumacher said.

"There's a lot of pressure and a lot of anxiety to address ... pressures like that and also they may have young children still at school and they'll be worried about what it means for their children."

Alzheimer's New Zealand said there was a need for more and better services for sufferers across the board, regardless of their age.

The organisation said the blueprint for dementia care in New Zealand already existed, but it now needed to be fully implemented and quickly.

YODAT also has a givealittle page to establish an age appropriate therapy and respite day service for people living with younger onset dementia.