A Christchurch bank is being accused of elder abuse after trespassing a 93-year-old customer who is legally deaf and suffers from dementia. 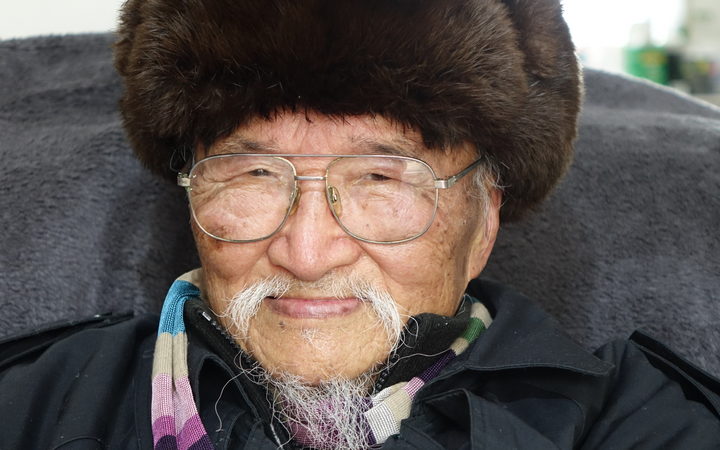 Cheng Kung is deaf and suffers from dementia but has been banned from BNZ in what has been labelled elder abuse. Photo: RNZ / Conan Young

The action was taken two weeks ago when Cheng Kung got into an argument with the manager at the Bank of New Zealand branch in Upper Riccarton, Christchurch, who claimed Mr Kung hit her with an umbrella.

Mr Kung, who can talk but needs people to write down what was communicated, denied hitting the manager with the umbrella and said it only struck the woman's desk.

"I am very angry. [I have] lost my personal dignity," he said.

Following his argument with the manager over his belief the bank short changed him, BNZ withdrew all his money from his current account and sent him a cheque, he said.

But it took over a week to reach him, during which time he had no money. 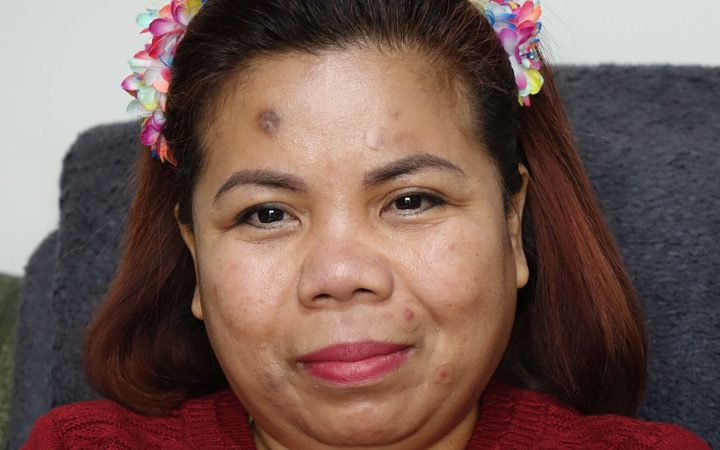 Neighbour Cecelia Miras, who has a background working with people who suffer from dementia, said she was outraged at how he was treated, labelling it "elder abuse".

Mr Kung was wrong to lose his temper but the bank overreacted, Ms Miras said.

"Maybe he's sick, [he's] hyperglycaemic, he has diabetes you know.

"He may be thirsty, he may be dehydrated, who knows. I know the bank has the right to deal with the situation but I think they over-reacted ... trespassing a 93-year-old man."

BNZ was not able to comment on Mr Kung's case due to privacy concerns but in a statement said it needed to ensure customers and staff were safe.

After the incident, Ms Miras complained and was told by the bank there was limited capability to help Mr Kung because staff were not trained in how to deal with people suffering from dementia. She wanted bank staff to have better training in this regard.

"It's just not fair because we are in New Zealand, you really value the human rights, you value old people, but the way he has been treated I think that he felt discriminated [against] and he said he lost his dignity as a person," she said.

Westpac said it has adopted dementia-friendly practices and said it wanted to share what it has learned with other organisations.

The company said its changes and training were prompted by a staff member who witnessed how her father's bank in Britain helped him as he struggled with Alzheimers disease.

Architects now included dementia friendly features in new branches, and older branches have been modified where possible, a spokesperson said.

"These include things such as quiet rooms as people with dementia prefer quiet and few people around, removing reflective glass, changing the layout, fixtures and fittings and having notifications that alert staff to the needs of the customer," she said.

"We help people with dementia plan ahead, access financial services and get help to remain independent for as long as possible.

Age Concern is helping Mr Kung, but did not want to comment specifically on his case.

Its chief executive, Simon Templeton, agreed businesses needed to do better to cater for people with dementia.

"We have a lot of people living in the community today who are supported to stay in the community and live a busy active life with mild and even moderate dementia and we know that those numbers are going to increase."

He told Morning Report small changes to a company's practice could make a big difference.

"Instead of dealing with someone who perhaps has communication difficulties in a busy environment out in open plan, which they all seem to be these days, perhaps having a note on file and knowing that for this particular client they need to spend more time with them in a calmer stress-free environment," he said.

Alzheimers New Zealand said banks and other businesses needed to plan how to deal people with dementia, with numbers expected to triple in the coming decades.

The organisation's chief executive Catherine Hall told Morning Report it was a mistake to believe such customers could not make decisions or look after their finances.

"It's really important that banks start to think about how they are going to respond to situations with more vulnerable customers who might need a little more help and so we have a programme to help with that, to help organisations become more dementia friendly," she said.