The Electoral Act should be reviewed to stop people with severe dementia being able to vote, aged care providers say.

Fifty-thousand New Zealanders have dementia and at present under the law, all are eligible to vote in the upcoming election.

Characterised by varying degrees of memory loss, disorientation and problems with thinking, dementia is a physical condition that damages the brain. It is also a symptom of an ageing population. By 2050, the number of people with dementia will triple. 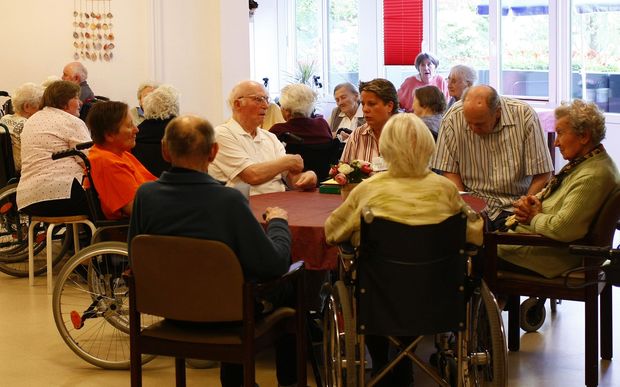 Martin Taylor, chief executive of the Aged Care Association, said the legislation needs to be reviewed.

Mr Taylor said it could be paradoxical to have dementia unit residents registered and able to vote when they have been deemed unfit to make decisions for themselves.

"To be able to determine someone has the will and ability to vote in an aged residential care secure dementia unit, I think, is a very high threshold. And I don't see how it can be met."

Family members and others can help a person with dementia cast their ballot. Electoral law aims to ensure whoever helps a disabled person to cast their ballot cannot hijack the vote to suit their own political purposes.

If someone cannot make it to a polling booth during the voting period, special voting papers can be picked up on the their behalf. These must be received by the returning officer before 7pm on election day along with a special declaration to prove the voter's identity.

The Electoral Commission says a support person can be anyone the voter chooses - a friend, family member, or electoral official. Forging a statutory declaration would be an offence.

Alzheimers New Zealand executive director Catherine Hall said people with dementia are entitled to vote as long as they can understand the decisions they are making.

"A person voting, they can only vote when they can make decisions on their own behalf."

One of the difficulties is determining whether a person has the mental ability to cast a vote.

Ms Hall said the issue is academic as families of people with dementia are often more focused on ensuring their well-being than helping them vote.

"There're a whole lot of issues that get raised with us by people with dementia and their carers, voting isn't on that list," she said.

Both Alzheimers New Zealand and the Aged Care Association say this subject is a very hard one to deal with.

They say often, the best thing people can do is to work out as well as they can whether people with dementia have the will and cognitive capacity to vote, and then help them if they do.

The Electoral Commission sends people to rest homes and hospitals to collect voting papers. In 2011, 29,000 votes were received this way.