From Tokyo to Toronto, from Stockholm to Seoul, and from Lapland to London - there's one word on everyone lips - "hot". 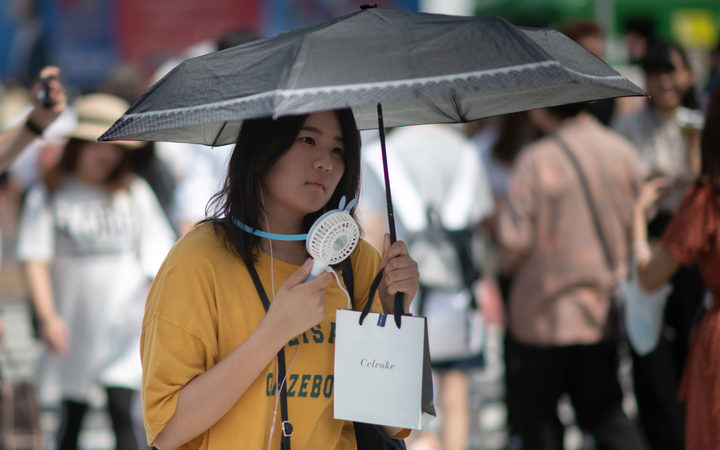 An "unprecedented" heatwave in Japan has killed at least 65 people in one week, government officials said on July 24, with the weather agency now classifying the record-breaking weather as a "natural disaster." Photo: AFP

Much of the northern hemisphere is sweltering in a heatwave which is rewriting the record books and causing drought and wildfires.

Britain baked in its hottest day of the year yesterday when temperatures hit 35 °C - hotter than spots on the Mediterranean such as Greece, Italy and the south of France.

The high was recorded at London's Heathrow Airport.

But forecasters predict Friday will be even hotter when the mercury could soar as high as 37°C - sparking warnings of what's already being dubbed "Furnace Friday".

The big difference between the heatwaves of 1976 and 2018.
June 1976: the UK was one of the warmest places relative to normal across the globe, with most areas cooler than average.
June 2018: the UK was just another warm blob in a mostly warmer than normal world.#GlobalHeatwave. pic.twitter.com/eIsj7glEiE

Some forecasters say it could even beat the all-time UK record of 38.5 °C .

Like all animals in this #heatwave, our cat #Rafiki is suffering.

Please leave #water in your garden and outside your house, office and shop for strays and walking pets. pic.twitter.com/V05ysSwHWJ

The scorching weather has wreaked travel chaos on the country's roads and trains, with a number of services delayed or cancelled.

Hundreds of Eurotunnel passengers face having to abandon their travel plans this weekend.

The Cross-Channel rail operator said it had taken the "unprecedented decision to cancel daytrip/overnight tickets" for travel on Friday after the extreme temperatures buckled air conditioning units on the trains.

Passengers on the London Underground have also described hellish conditions.

A mix of toxic air, extreme highs and a lack of cloud cover have caused a "high" air pollution alert to be issued for London.

However one silver lining was that the extreme temperatures led to a temporary relaxing of the strict dress code for cricket spectators in the Pavilion at Lord's.

Male members of Marylebone Cricket Club are normally expected to wear jackets when arriving at the ground and while in the Pavilion area but the rule was waived due to the heat. 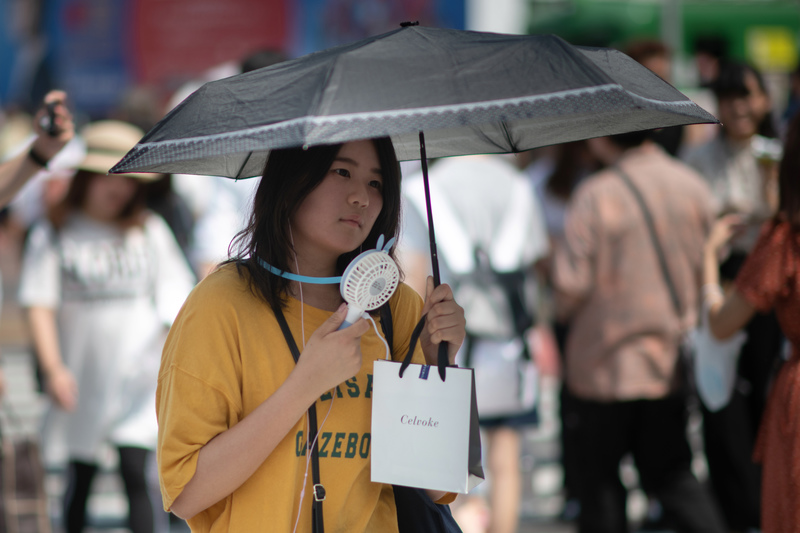 A woman uses a portable fan to cool herself in Tokyo. The "unprecedented" heatwave in Japan has killed at least 65 people in one week, government officials. / AFP 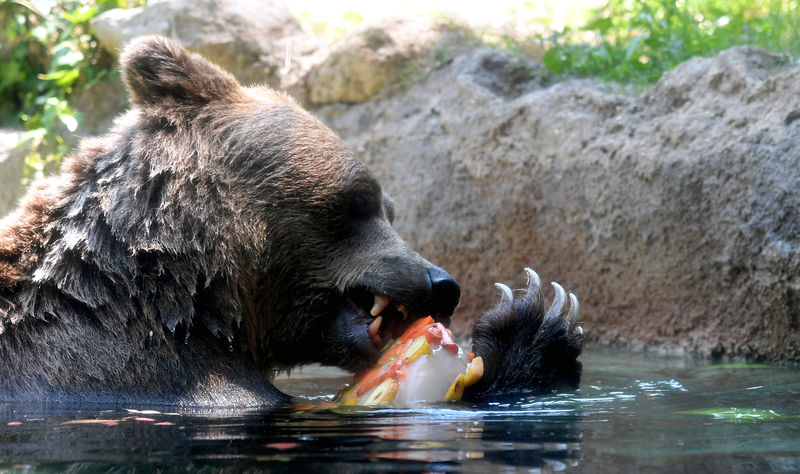 A bear licks ice to cool off at the "Bioparco" during a heat wave in Rome. / AFP 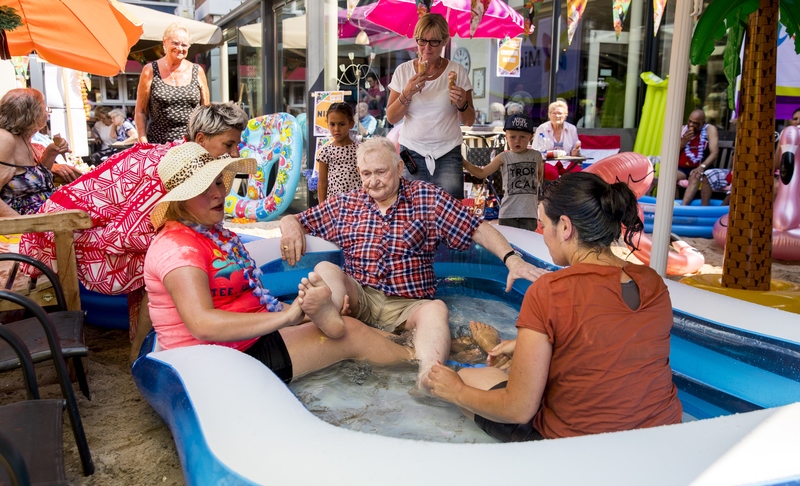 Elderly from a care center enjoy a summer party arranged as a refreshing treat for the residents because of the ongoing heat in Rotterdam. / AFP 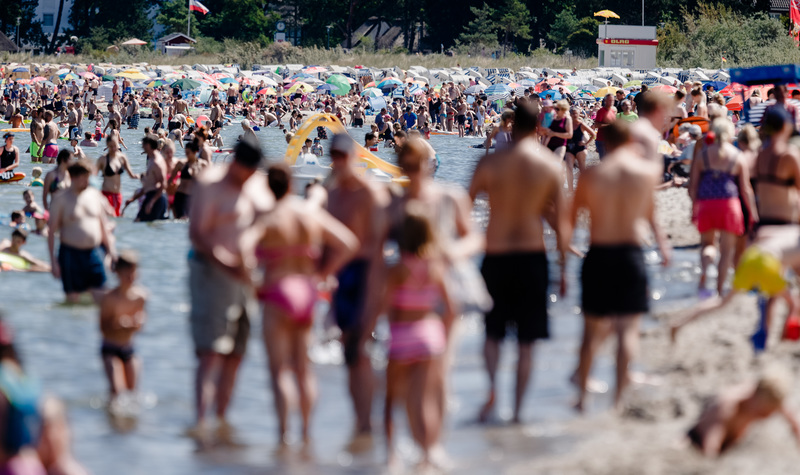 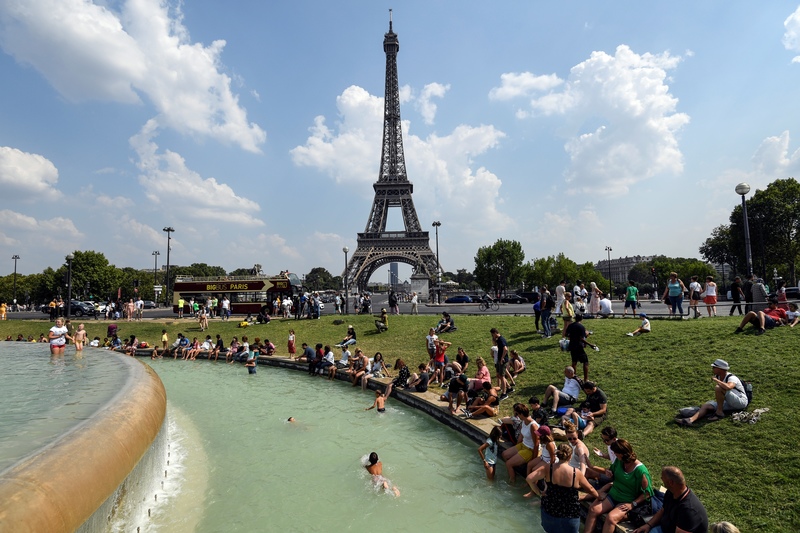 People cool themselves at the Fontaine du Trocadero in front of The Eiffel Tower in Paris. / AFP 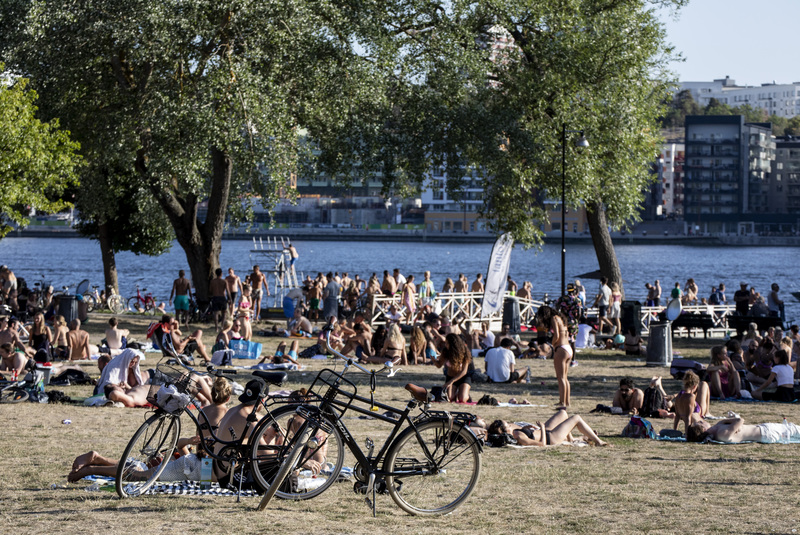 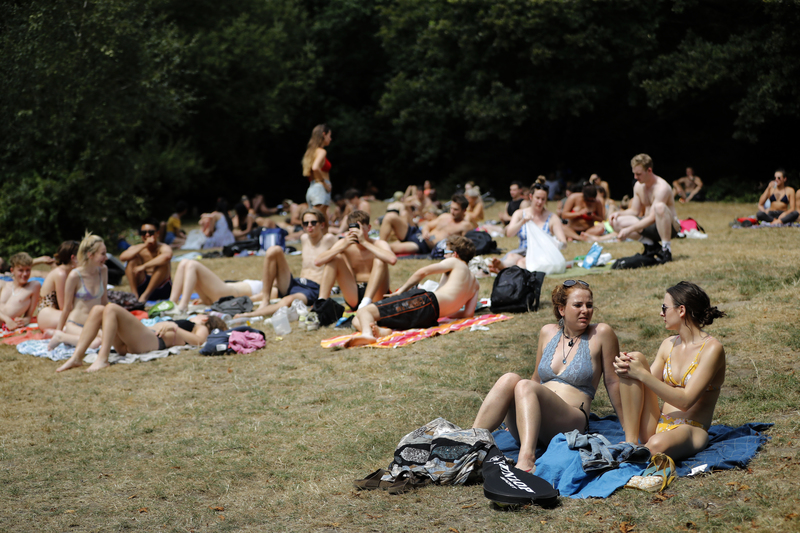 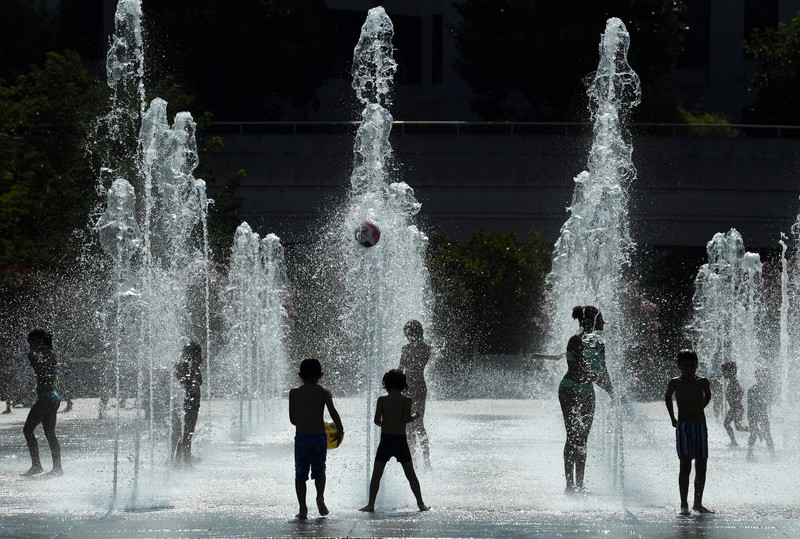 Children are playing with water jets at the Parc Andre Citroen on July 26, 2018, in Paris. / AFP PHOTO 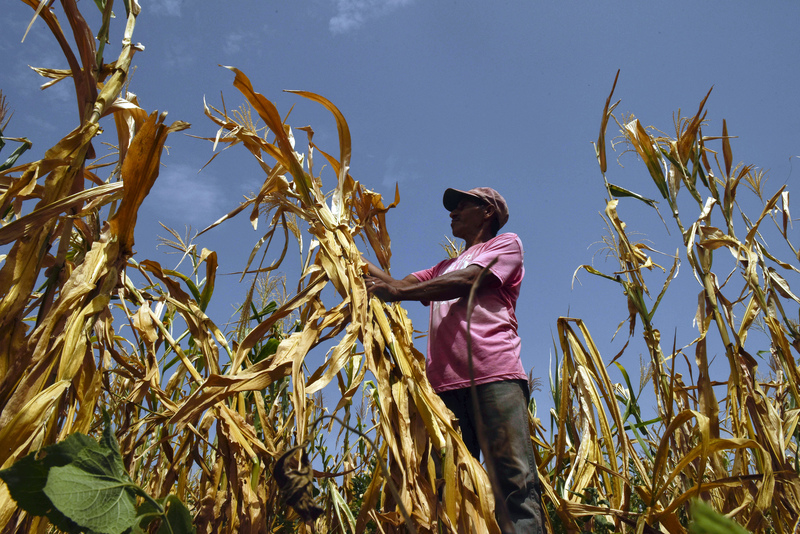 Salvadorean Samuel Fuentes, a farmer who lost his crops because of the drought, checks his corn field in the town of Usulutan, 110 km southeast from San Salvador, El Salvador. / AFP PHOTO

Parisians have seen temperatures of 34 °C this week.

But it's in far north Europe where the summer weather has been exceptionally unusual. The thermostat in the Arctic Circle reached 30 degrees.

Record temperatures have been reported in northern Norway with a top temperature of 33 °C - more than 15 ° higher than normal, according to the Norwegian meteorological institute.

And near the Arctic Circle at Kvikkjokk in Sweden temperatures climbed to 32.5 °C last week, while the Finnish Lapland saw 33.4°C .

Japan too has been sweltering. The country's highest ever temperature of 41.1 °C was recorded at Kamagaya on Tuesday and on the same day it reached 40 °C for the first time in Tokyo's metropolitan region.

More than 65 deaths have been linked to heat related illnesses.

Nearby in South Korea 42 °C was recorded in the capital Seoul, with overnight temperatures only falling to 30 °C - a new nightime record.

Records have also fallen in Africa, where a temperature of 51.3 °C in Algeria set a new high, and in Oman on the Arabian Peninsula, a world record overnight minimum temperature of 42.6 °C was set.

In the US, California has been under scorching heat, including record temperatures on July 6 of 48.9 °C in Chino in the west of the state, and the next day 47.2 °C in the Van Nuys neighbourhood of Los Angeles.

The Deputy Secretary-General of the World Health Organisation Elena Manaenkova said "2018 is shaping up to be one of the hottest years on record, with new temperature records in many countries.

"This is no surprise," she added. "The heatwaves and extreme heat we are experiencing are consistent with what we expect as a result of climate change, caused by greenhouse gas emissions.

"This is not a future scenario. It is happening now."

Meteorologists have said a key factor is that the jet stream, which keeps air flowing round the the northern hemisphere at high altitudes has been weaker than usual and has stalled over Europe for the last two months.

As a result, regions of high pressure have been trapped creating cloudless, windless and hot conditions.

There are also suggestions that the rapid Arctic warming is playing a role.