Thousands of specially knitted babies' booties were displayed outside Parliament this afternoon in an anti-abortion protest, but there was cross-party support for counter-protesters.

Voice for Life advocates for human life from time of conception. A spokesperson said the 13,285 pairs of booties were a memorial to the number of abortions performed in New Zealand last year.

About 40 people turned out in support, but there were at least double that number of counter-protesters.

The counter-protesters carried signs saying things like "mind your own uterus" and "what would Jacinda do? (WWJD)". 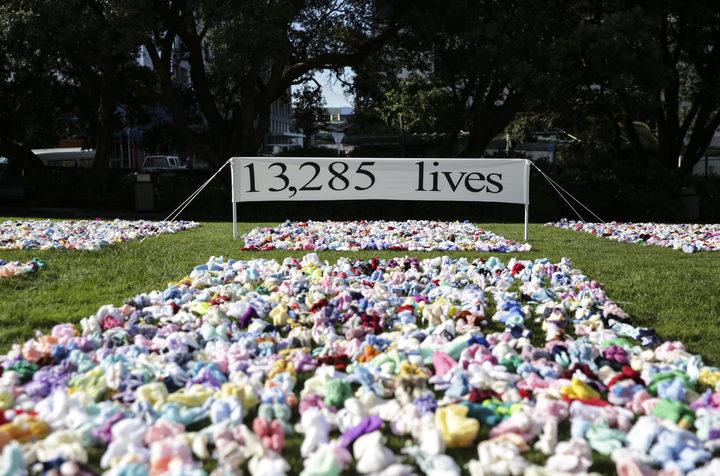 Some of the more than 13,000 booties knitted for the display at Parliament today. Photo: RNZ / Richard Tindiller

Voice for Life national president Jacqui DeRuiter said they put out the booties to show Parliament and the public "a representation of all these little lives that didn't get a chance to live".

Ms DeRuiter said although they were outnumbered by the counter-protesters, the fact that thousands of people around the country had pitched in to knit the booties showed they had a lot of support.

"We are here to speak for the unborn, to show Parliament that we do not need more-liberal abortion laws. 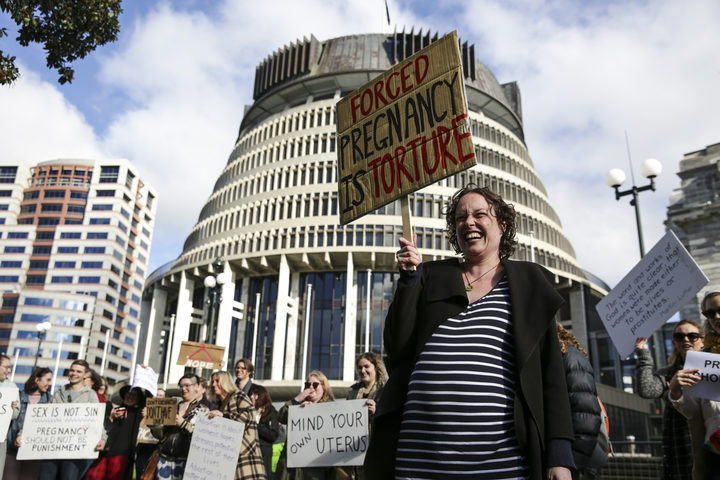 Ms DeRuiter said her group wanted abortion laws tightened but also for pregnant women to be properly supported so they could consider all options.

Voice for Life said after the display, the booties would be given to families.

'The time of stigma needs to be over'

However, Abortion Rights Aotearoa national president Terry Bellamak said the group's use of booties was about "shaming and guilting women".

"We think the time of stigma needs to be over."

She said Voice for Life was misappropriating a device used by mental health group Yes We Care in their campaign against suicide. They displayed hundreds of pairs of shoes together to symbolise suicide deaths.

Labour and Green Party MPs - as well as Nikki Kaye and Amy Adams from the National Party - spoke to the crowd in support of the counter-protesters. 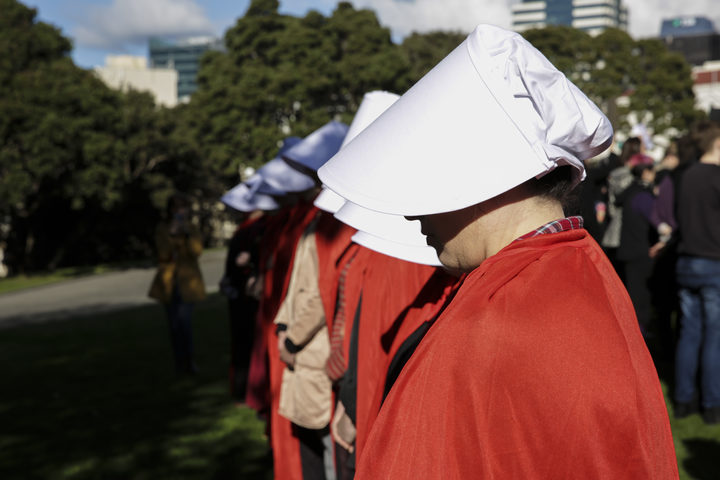 "Making sure that women can choose abortion when it's right for them and not having to feel demonised or somehow wrong."

National MPs Simon O'Connor and Chris Penk were among those addressing the anti-abortion group.

There was tension and some scuffles when a counter-protester started picking up handfuls of booties and scattered them around. People tried to restrain that person. Police were called but no arrests were made. 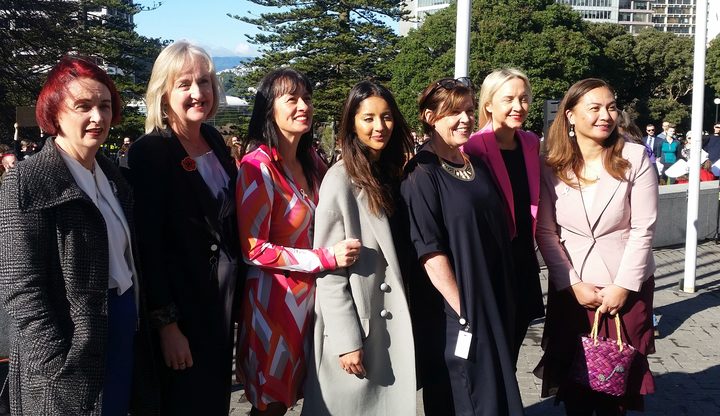