Offers are being sent out today to compensate homeowners in the failed Bella Vista development, while court action against the developers is being looked into. 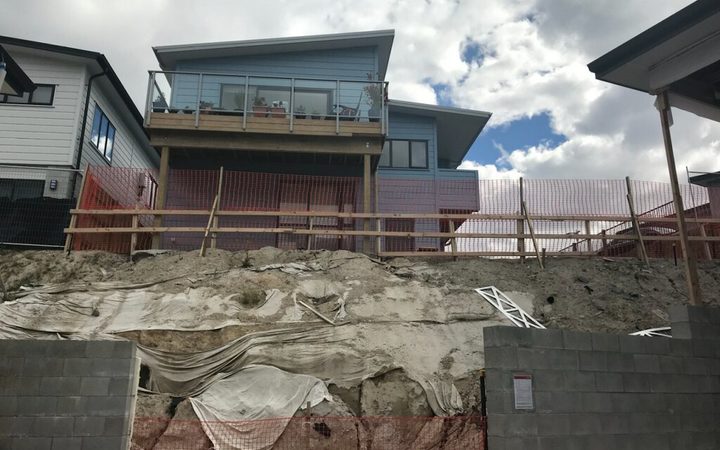 Tauranga City Council met behind closed doors yesterday to discuss negotiations around the promised purchase of the dodgy homes in the Bella Vista subdivision.

More than a month after agreeing to buy the homes affected by the failed housing development, the council has today sent out an offer to representatives of the homeowners.

"We're going to offer them what we think is a fair and reasonable settlement," council chief executive Garry Poole said.

Mr Poole would not disclose the exact amount on the table, however, he said it would cost the council north of $10 million.

"What we'll be offering them is basically that they get their money that they have spent on these properties - they get that money back - plus other expenses."

Some of the homes were cheap buys while others were close to property market value which was "why [the compensation was] not a case of one size fits all", he said.

He told Morning Report he expected the majority of the compensation would be taken from the insurers.

"Our view is that the vast majority of the funding for this will come from our insurers and that is one of the reasons this has taken us some time to get to the table."

But before a final settlement could be agreed on, there was "a lot of water to go under the bridge", he said.

"We're going to the table with an open mind and a view that is fair and reasonable to the homeowners but also the ratepayers of the city."

Once the homes were purchased, the council would demolishing them, he said.

It was also the council's intention to prosecute the developers, he said.

The developers of the Bella Vista Homes development went into liquidation in December leaving about 30 properties unfinished.

Tauranga City Council had been assessing the properties since February due to major construction failings in all of the properties.

Based on the findings of geotechnical, structural, and compliance experts, the council deemed that all of the 21 properties are 'dangerous and affected', or 'affected' under the Building Act 2004.

In March, 13 families were forced to evacuate with only 24 hours' notice amid fears Cyclone Hola could do serious damage and they have not been back since.

SunLive had reported some owners took possession of their properties before Building Code compliance certificates were issued, and have been living in the incomplete homes.

Four properties in the development had even received Code Compliance Certificates.

The geotechnical advice from AECOM, and peer reviewed by ICE Geo & Civil, was that eight buildings were dangerous mainly due to unretained slopes (of up to six metres) at the rear of the Lakes Boulevard properties.

The advice said that in heavy or prolonged rainfall it was likely that instability would occur, and could result in the slopes failing.

- RNZ with additional reporting from SunLive