Survivors of the mass shooting at Marjory Stoneman Douglas High school in Florida arrived in Christchurch this morning. 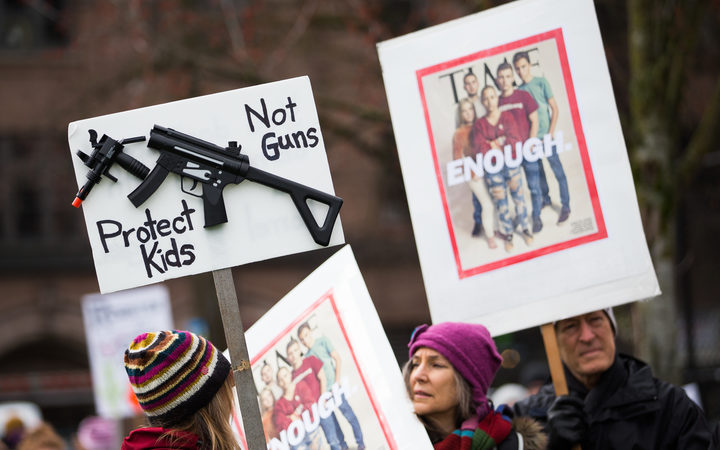 Twenty-eight students from Parkland city will be spending a week with the Student Volunteer Army, set up following the Christchurch earthquake in 2011, to share their experiences of living through a tragedy.

Josh Blackmore, the Army's president, told Morning Report the high school students were inspiring, and the group was looking forward to welcoming them to New Zealand.

"It's always incredible for us to talk to other student movements that have been born from tragedy in other places of the world," he said.

"We just look forward to sharing the lessons and experiences that we both came through following our earthquake and their shooting, in the hope that we can help each other become more sustainable and grow into the future."

The Parkland students survived a shooting in February, when 17 people were killed and dozens of others injured. The tragedy led to hundreds of thousands of people protesting for tighter gun control.

More than 800 protests were planned throughout the United States and abroad, with solidarity events taking place in Edinburgh, London, Geneva, Sydney and Tokyo.

Mr Blackmore said one of the biggest challenges the Student Volunteer Army faced was keeping up momentum over time, and he suspects the Parkland students may be struggling with the same thing.

"That's a process we hope to talk them through and see if there's any way the lessons of Christchurch can help them."

Mr Blackmore said he hoped to keep politics away for the next week, and instead focus on the similarities between the two groups, including how they started in a lounge with friends and grew through social media.

Both groups plan to draft a document that captures the lessons they have learned through their respective campaigns.

The students were able to visit thanks to a partnership between the Student Volunteer Army, the Ministry of Foreign Affairs and Trade, Canterbury University, Education New Zealand and the New Zealand consulate in Florida, Mr Blackmore said.