The trial of a man accused of killing his partner and dumping her vehicle, with her body inside into a South Waikato lake nearly two-years ago has been delayed. 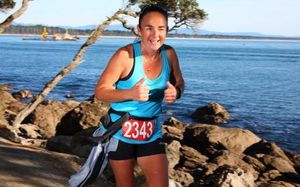 Cory Jefferies, 46, is charged with the murder of his long-time partner, Kim Richmond, who was 42.

A jury of five men and seven women has been chosen for the trial which is expected to last all week.

After the jury was selected, Justice Fitzgerald sent them away while she heard from the lawyers.

Ms Richmond, who had three children with Mr Jefferies was first reported missing from her Arohena home, near Te Awamutu in August 2016, but her body was not discovered until 10 months later in June 2017.

Her vehicle, a Ford Ranger utility was recovered by police divers from Lake Arapuni, not far from her home.

Police had carried out extensive searches for Ms Richmond prior to her body being discovered.

These included previous searches of the hydro lake and further afield.

In October 2016 two of her banks cards were found along a roadside near Rangipo in the central North Island.

Mr Jefferies was arrested and first appeared in the Hamilton District Court on the day of Ms Richmond's funeral on 20 June last year.

He pleaded not guilty to murder and has been on electronic bail, with a number of conditions, which were suppressed, after appearing in the High Court in Hamilton in July last year.

The trial is set to resume tomorrow.