Several roads are closed as parts of the South Island were hit with wild weather last night. 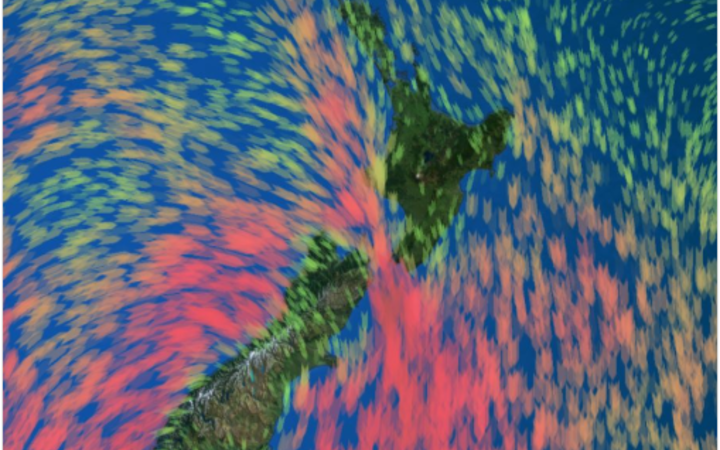 MetService says gusts of up to 130km/h are forecast in the worst affected areas. Photo: Twitter / MetService

State Highway Six on the West Coast from O'Sullivans Bridge to the Upper Buller Gorge remains closed because of slips and falling rocks.

State Highway 94 in Southland is also closed as heavy snow is forecast and there may be an avalanche.

The Transport Agency is also urging drivers on the Lewis Pass and the highway between Springfield and Arthur's Pass to take care due to strong winds.

State Highway One north of Kaikōura is due to reopen after being closed overnight because of strong winds.

A slip caused by heavy rain on the West Coast closed State Highway 6 through the Upper Buller Gorge - from O'Sullivans Bridge to Inangahua Junction.

Drivers are being warned to take care at Fox River, where a slip has closed one lane of the highway, and between Ross to Haast because of surface water.

Strong winds of up to 120 kilometres per hour also hit inland parts of Canterbury.

MetService meteorologist Nick Zacher said a low pressure front is moving slowly in from the west.

Heavy rain warnings in place for Fiordland are predicting flooding and slips.

MetService meteorologist April Clark said the South Island would bear the brunt of the bad weather on Saturday but it would move further north overnight.

"We have a front that is expected to move over the South Island today and onto the lower North Island overnight in to places like Taranaki tonight and then over the rest of the North Island tomorrow morning and moving off the most eastern areas like Bay of Plenty and Gisborne a bit later on Sunday."

Mt Hutt looks calm in this still shot but northwest winds of around 120km/h are now affecting exposed places in the region. You'll notice no one on the slopes despite the (currently) dry conditions, well, the ski field is closed due to winds getting too high! ⛷ ^AC pic.twitter.com/SiAudSGnI7

The front bringing heavy rain and strong would be followed by more showers with possible thunderstorms and hail.

"People need to keep updated, even though that persistent rain eases off, if you're on the West Coast you could be getting heavy thunderstorms and showers as well."

Heavy snow is expected down to 600 metres for Central Otago, Southland and Clutha on Sunday.