A world-first digitisation project has made what's been dubbed as 500-year-old fake news available to the masses. 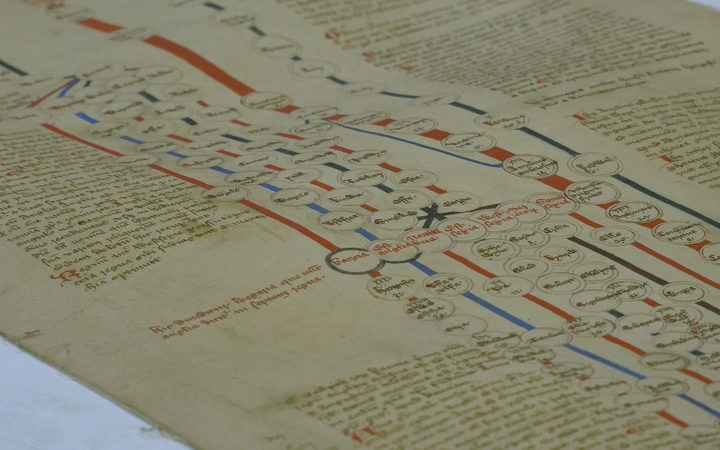 The Canterbury Roll is 5.5 meters long and has about 8000 words. Photo: RNZ/ Logan Church

The Canterbury Roll has been in the possession of the University of Canterbury for a century, but over the last six months an international team was working to digitise the 5.5 metre roll.

Historian Dr Chris Jones said what they had achieved had not been done before.

"We've used tiling software which we have mashed together and merged with a whole series of techniques ... to recreate experience of looking at the roll as people would have originally looked at the roll." 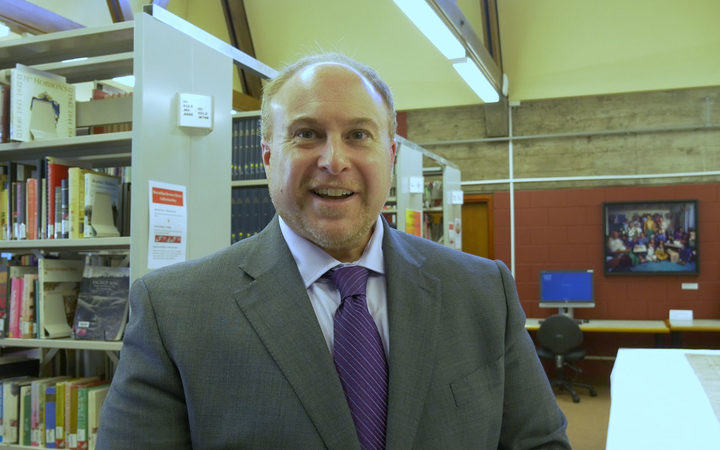 The Canterbury Roll was created in the midst of the War of the Roses, a civil war in the 1400s that threw medieval England into chaos.

The roll tracked the lineage of the English royal family from Henry VI all the way back to Noah as a way to convince the population he had the strongest claim to the throne.

Other names were added later.

The scroll was bought by the University of Canterbury 100 years ago from Sybilla Maude, better known as Nurse Maude.

How it came to be in her possession - or in New Zealand - was a mystery, but its original purpose was obvious.

"Today with Donald Trump it is a little bit 'in your face' but I think this is an example of how you can do propaganda more subtly, and I think, more effectively."

A team of almost 30 students, researchers, historians and software experts pored over the roll for six months, meticulously recording all the names, the dates, and the places.

It had now been collated and published online as an interactive, digital version of the original.

The digitised Canterbury Roll can be found here.

Historian Dr Natasha Hodgson from Nottingham Trent University in the UK, has travelled over to Christchurch to work on the project.

She had helped get two UK students involved, and said this was a priceless learning opportunity.

"Doing hands on research on a medieval document, either in the UK or New Zealand, is always the most exciting thing [for a student]," she said.

A public lecture on the digitisation project is set for 7pm tonight at the University of Canterbury.