A decision by Auckland's Pop-up Globe theatre to use all-male casts in some of its Shakespeare productions has caused a stir. 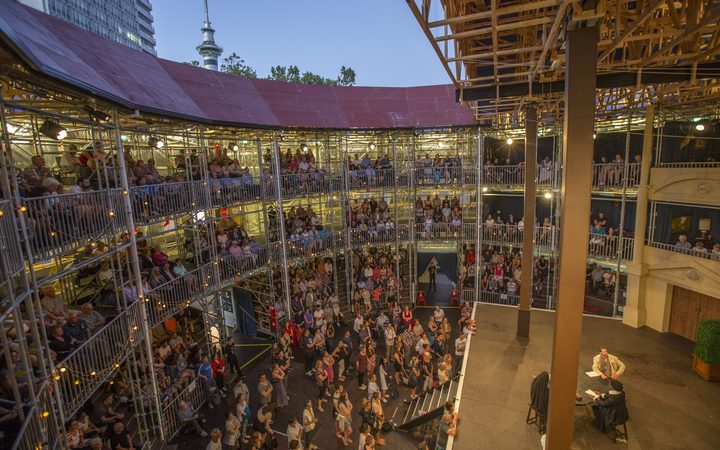 Inside the Pop-up Globe in Auckland. Photo: Supplied

The company announced its November shows, which include men-only performances of Richard III and The Taming of the Shrew, would highlight the abuse of power in a number of Shakespeare's plays.

Lexie Matheson, honoured in 2016 for services to the arts and LGBTQI rights, has performed in previous pop-up shows and said she was surprised to learn the all-male casts were being used to highlight movements like the #MeToo campaign against sexual harassment.

Yesterday on RNZ's Nine to Noon, Pop-up Globe founder Miles Gregory acknowledged the decision to do two of the plays with only male actors would not please everyone.

"If there was one thing about this season that I thought was particularly controversial, it has to be the choice to do The Taming of the Shrew with an all-male company," he said.

"To perform it all-male with a feminist reading is intriguing. It'll be very funny but it'll also make you think."

Theatre artist and filmmaker Julia Campbell said the the #Metoo movement was about helping and supporting women, and an all-male cast did the opposite, especially when it came to employing women.

"It's an issue of women working in the theatre... It's employment and opportunities for women that are lost when all the casting's gone to men."

Dr Gregory wasn't able to be reached for a response, but a spokesperson for him said last night the decision to use all-male casts adhered to tradition as only men acted during Shakespeare's time.

Productions of Measure for Measure and Hamlet will cast women and men.