The widow of a Bay of Plenty Māori leader says she has given the police the names of four people she believes may have been involved in, or have knowledge of, what she's calling a paedophile sex ring of which he was part. 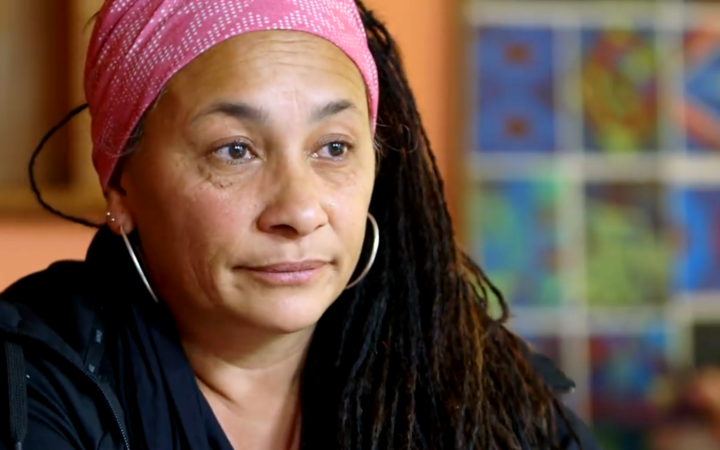 Te Awanuiārangi Black died in 2016, aged 48, and Anihera Black last week released a video in which she accused him of paedophilia.

She told Checkpoint she had no doubt the accusations were true - "I irrefutably believe in those that have disclosed to me about Awanui," she said.

She said there were other accusers who had come forward through other people.

"He sexually abused children and destroyed their futures as was his future destroyed by his abuser."

Anihera Black said childhood friends of her husband, told her on the day he was buried, that he had confided in them that he was abused.

"His father was also convicted of paedophilia and spent time in prison so it's a cycle of destruction."

She wants victims to feel like they can come forward.

"It's really about giving them the space to be able to speak their truth and be free and heal and that's my wish for all survivors of sexual abuse."

Ms Black said she had given four names to police of people she believed were involved in sex rings along with her late husband.

"I was disgusted by that... it was at a point in our marriage where he had also made many disclosures about infidelity, he was trying to be honest in terms of trying to win me back."

"The person I thought he was, wasn't who he really was."

Some former friends have strongly rejected the accusations against Te Awanuiārangi Black.

"They only see one side of the man... they don't know what goes on behind closed doors... we would all like to believe that Awanui was the man he projected himself to be, but his behaviour showed that he had a whole lot of other things going on," she said.

She said she believed the police had taken her accusations seriously and overall there had been an outpouring of gratitude after her revelations.

"People are giving me their accounts of their own personal stories, they're talking about opening up to their own family members about things that have happened in their past ... it is pretty incredible the amount of freedom people have found through my post."