The eldest child of the Burmese couple who died while fishing on rocks yesterday says her parents loved the outdoors. 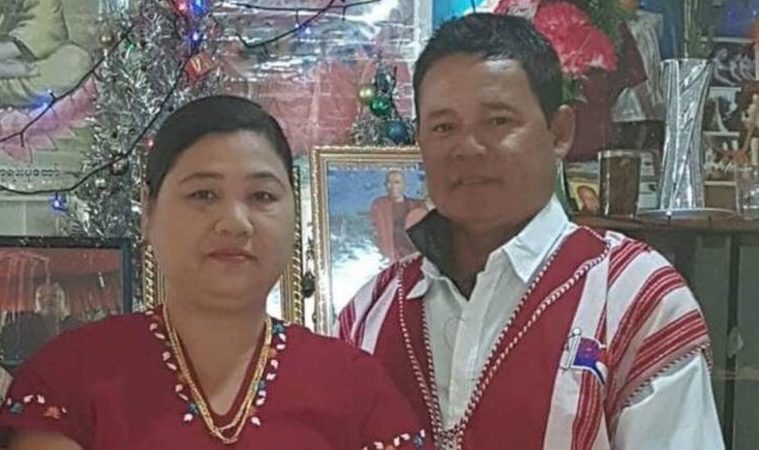 Family and local community members gathered at Muriwai Beach this morning to mark the deaths of Kay Dah Ukay and his wife Mu Thu Pa, who leave behind nine children.

The couple, who were not wearing lifejackets, died after being swept off rocks while fishing at Muriwai.

Both were pulled from the water but one died at the scene and the other in hospital, police said.

The couple's daughter Dah Htoo Kay, 25, is now the head of the household.

Friends and local community members gathered at the family's home today to support her and her eight siblings - rows of their shoes lined up outside the orange brick house.

When asked about her parents Kay Dah Ukay and Mu Thu Pa, she said they loved the outdoors.

"They're always going out, they don't want to stay home ...when they go outside, they have got more air to breathe" she said. 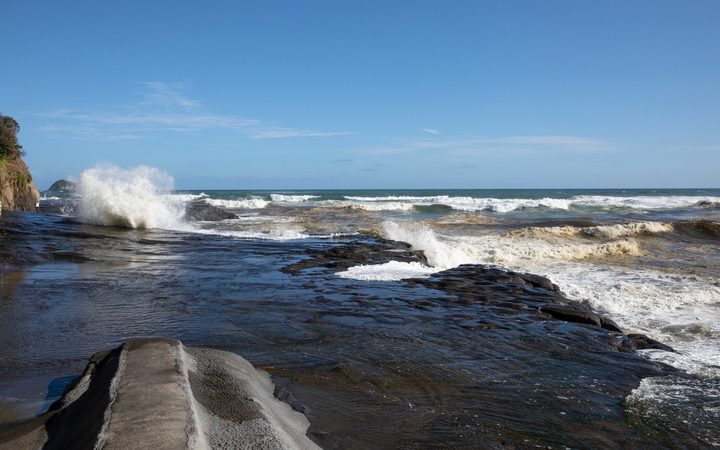 Muriwai Beach the day after a Burmese couple drowned while fishing off the rocks. Photo: RNZ / Dan Cook

They went fishing nearly every day - and if her dad wasn't fishing, he would walk on the beach to be near the ocean, she said.

They would bring home their catch to fry or bake.

Sometimes her siblings would try to give cooking a go.

Dah and her family are from Burma.

She was six when her family fled the country and travelled to a refugee camp in Thailand where they lived for 10 years, before moving to New Zealand. They left their grandparents and extended family behind. 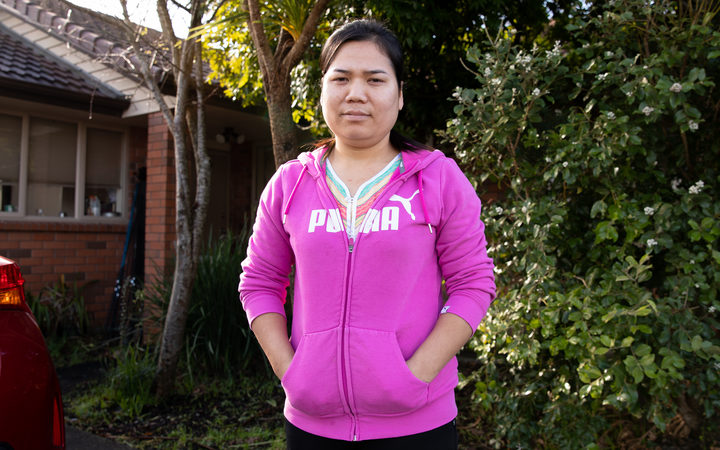 Her parents did not work - their English wasn't very good - but Dah said they were taking English lessons.

Dah was sleeping when her parents left to go fishing yesterday. She said she called her father early yesterday afternoon to ask him to bring the car home so she could go to work - he said he would be home soon.

At 2pm, emergency services were called to Muriwai Beach.

"Two - two-thirty, I call again but they didn't answer the phone, but I still waited - I tried to call many, many times.

"At three o'clock I called my younger brother, because when I called my father it went straight to voicemail", she said.

Dah said the rest of her family lived overseas, so she and her siblings were the only family in New Zealand.

Muriwai Volunteer Lifeguards chairman Tim Jago told Morning Report the Muriwai beach, along with most of the beaches on the west coast, were well signposted about the dangers of waves and slippery rocks.

"Sadly these people had to actually walk right past one of those signs to get to where they were," he said.

He said he had found out the man and woman were Burmese - a nation which has several different dialects - and that the signage did not necessarily signal to them the dangers.

"None of the signage addressed their particular requirements and [the Burmese community] offered to help us to create signage for their community. It's news to me that they're very frequent visitors to the west coast for rock fishing."

However, he said that signs and warnings were a part of the safety process and fishers needed to always carry appropriate gear.

"We're frequently telling people to get off the rocks but the biggest piece of advice and message that we're constantly giving ... is to educate the rock fishers that they've got to have floatation devices with them and wearing them," Mr Jago said.

"Now the sad thing as a matter of fact yesterday is these people were wrapped up against winter conditions and once they were in the water it was never going to be a happy outcome.

"They just had so many layers of clothing on that it was impossible for them to swim."

Rodney Local Board chairperson and fire brigade volunteer Phelan Pirrie said people continued to ignore the many warning signs about the beach's dangers.

Water safety group Drowning Prevention Auckland said that often cash-strapped families saw rock-fishing as a cheap way of gathering food - because all that was needed was bait and a rod.

Spokesperson Harry Aonga said there were concerns over the lack of understanding on the dangers of West Coast beaches.

"The risk itself is quite deadly. And just the power of those waves, and if people aren't aware of, I guess, the conditions when they go out there, then they're putting themselves at risk."

Despite this, Mr Aonga said the number of fatalities had drastically decreased in the past 12 years, thanks to a project aimed at stopping people fishing off rocks without proper safety equipment.

"It started in 2006. There were a spate of drownings at that time, with five people that drowned off the rocks at Muriwai so from then we started the rock fishing project to encourage more people to wear life jackets."

Documents on the Drowning Prevention website showed in 2005 there were nine rock fishing fatalities, whereas in 2017 that number went down to zero.

While that was a win, he said, the two deaths at Muriwai show there was still a way to go.

Mr Aonga urged everyone heading onto the rocks to wear a lifejacket.