A 21-year-old man has been rescued following a cold and wet night stuck on Mt Ruapehu. 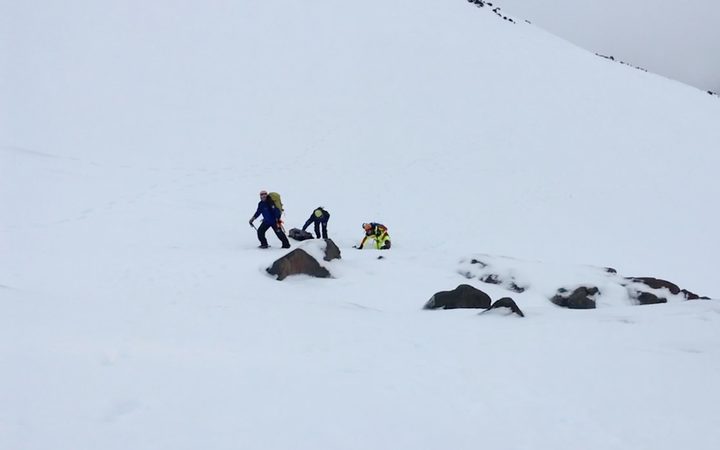 The ground searchers were able to find some boot marks in the snow which helped to locate the man. Photo: Supplied / Philips Search and Rescue Trust

The man set out on a hike from the Tukino ski area just after lunch yesterday, but during the afternoon he fell, sliding down the eastern slops above Tukino and coming to a stop in soft snow just short of a significant bluff, said a Greenlea Rescue helicopter spokesperson.

The man suffered a knee injury and was disoriented by incoming cloud and was forced to try and shelter for the night.

Police were called at about 5pm yesterday after he did not return from his hike.

Four search teams were set up and searched overnight.

The ground searchers were able to find some boot marks in the snow, which eventually led them to locating the missing man.

He was found just before 1pm today and was flown to Taupō Hospital with a dislocated knee.