MetService is warning Aucklanders they could be in for a repeat of the wild weather that cut power to tens of thousands of homes in April. 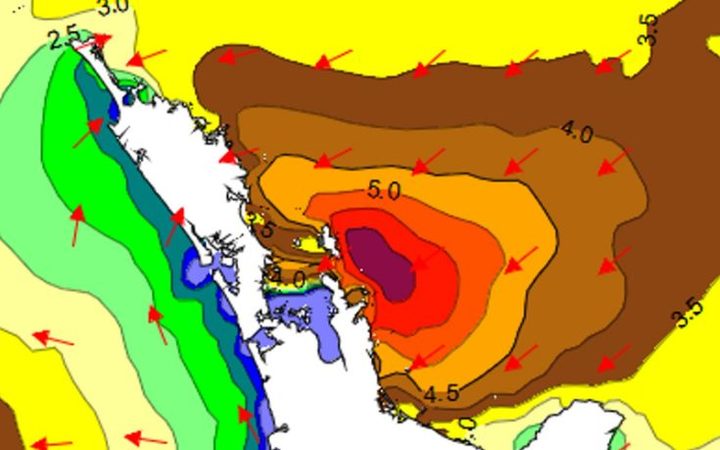 Short bursts of heavy rain and a low-pressure system, which could produce damaging winds, are forecast for Sunday afternoon through to Monday morning.

Up to 180,000 Auckland properties were without power after wild weather wrecked havoc with the network three months ago.

MetService severe weather forecaster Andy Downs said there was a chance power could go out again.

"At this stage there is still some considerable uncertainty about the intensity of this low but if it is as intense as some of the guidance is saying, and that's only a small portion, then there is that risk that it could be as damaging as the event we saw before," he said.

Even if the low was not as strong, it would still be disruptive and areas such as Coromandel and eastern parts of Waikato could also be affected.

"Those strong winds, together with the low pressure and the king tides could cause some coastal inundation as the low crosses over so that's something we're keeping an eye on," said Mr Downs.

There is still some uncertainty on the strength/intensity of winds and rain set to hit the North Island on Sunday. Keep updated with Severe Weather here https://t.co/qHyE5zhh6X as Watches may be upgraded to Warnings or areas added this evening as model uncertainties decrease ^AC pic.twitter.com/BtZGc7iMnt

There was also a heavy rain warning for northern Gisborne and the eastern Bay of Plenty where there could be up to 100 millimetres of rain from 3pm tomorrow to early Morning morning.

Mr Downs said the rain set for the area was not as intense as the deluge that damaged properties, washed down slash onto farms and shut down bridges last month.

But he warned people to take care driving, tie down objects and to be prepared for the weather.