Plans by Christchurch City Council to help curb a rising homeless population has worried some of the people who live rough. 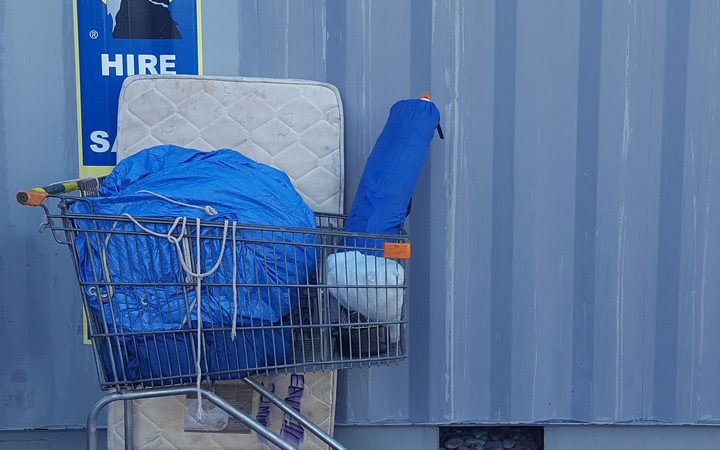 The Christchurch City Council estimates there are more than 200 people sleeping rough in the city. Photo: RNZ/ Logan Church

The council estimates there are more than 200 homeless people in Christchurch, and it anticipates that number will rise.

It now wants to give $70,000 to the City Mission to fund a new outreach worker - the mission will fund a second.

However one Christchurch streetie, known as TFT, did not think any of this would help people who have to rough it on the street.

"A load of crap," he said, when asked about the plan.

TFT said he did not think the authorities had a good track record of helping the homeless, and he did not believe that would change any time soon.

"The police ... nothing at all, the City Mission, nothing at all. Not one of them has ever thought 'I'll get four vans and take them to a work site and give them a starting wage'."

Councillor Anne Galloway, who was leading this new work, said the outreach workers would try to connect rough sleepers with with the appropriate services or support they needed.

The end goal was no one living on the street.

However, there was still a lot of work to do to convince those living on the street that they were trying to help, she said.

"I can understand their lack of trust and lack of hope," she said.

"What's needed is support for these folk, they have often lost a lot of confidence, don't know where to start and given up - having that support, I believe, will really prove effective."

Ms Galloway said there had been complaints from some central city businesses about aggressive behaviour from some of the rough sleepers.

Police would be increasing patrols in the central city in the next three to six months to address this problem, she said.

"We started to get calls from very concerned people who had been verbally assaulted and intimidated," she said.

City Missioner Matthew Mark said the outreach workers would be able to extend what the City Mission could offer directly to those living and begging on the streets.

"We know that we are not connecting with everyone in need," Mr Mark said.

"The goal of having some street workers working on a daily basis is that we can connect with a far greater number of people."

The council is expected to vote on funding for the new outreach worker tomorrow.