RNZ has been allocated $4.5 million of extra funding for this financial year.

The Budget in May allocated $15m for public media and today the government announced it will be split between a new Innovation Fund, RNZ and NZ On Air. 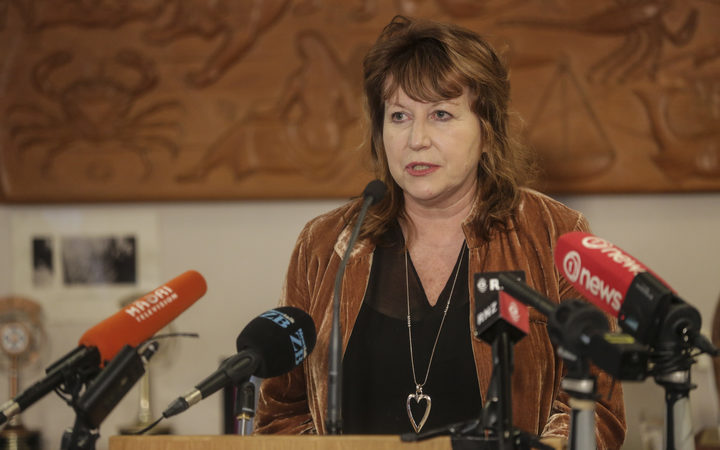 The Innovation Fund will receive $6 million to drive more public media content for under-served audiences such as Māori and Pacific Peoples, children and regional New Zealand.

Another $4m is earmarked for NZ On Air to support the production of more diverse local content.

Ms Curran said the new funding was just the first step for the transformation of the public broadcaster, and her vision of stand alone television service was still alive.

"This is the beginning of a process, the plan has not changed its can't all be done in one Budget and there's more work to be done ... my vision remains the same."

Michael Stiassny heads the Ministerial Advisory Group that made the recommendations about the funding split.

Mr Stiassny said it was clear there was no support for a fully funded RNZ+ television station, but there was strong sector support for improving RNZ's radio and online content.

The Advisory Group will provide the minister with further advice later this year about functions, role, scope and initial membership of the permanent Public Media Funding Commission.

Its conclusion, he said, was a television service was not feasible in the short term, lined up against other, more immediate priorities.

"We have very large Māori population that doesn't have te reo as well founded as it should have, we've got a responsibility to the Pacific, so those things are really important things that we need to deal with urgently ... if we lose those we're never getting them back, te reo disappears it's all over".

Ms Curran said the Innovation Fund would see RNZ commissioning content in a joint venture with NZ On Air.

"The multi-media content developed with this funding will air on RNZ platforms and be commissioned from the independent production sector using NZ On Air's existing funding processes," Ms Curran said.

"Though final decisions on programming rest with RNZ and NZ On Air, I expect this funding will result in additional content, along with news and current affairs, for under-served audiences." 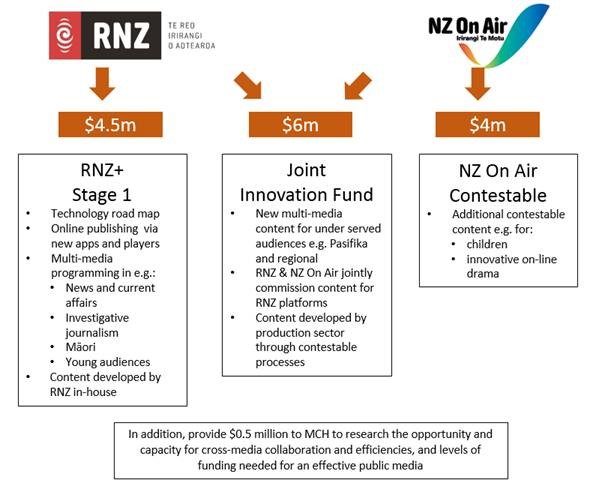 Another $500,000 will be used to research how Crown-funded media agencies can use their assets more efficiently and to work out the future level of funding required for public media.

Ms Curran said public media in New Zealand was poorly funded compared with other countries of a similar size and with Australia.

"It's like dose of steroids, it's going to allow us to go faster and stronger with our current planning and the things we want to do."

RNZ would deal with a television service if and when it became a reality, he said.

"Obviously hearing clearly that it remains long term aspiration of the government and as such there's no concrete detail...and I can only deal with things as they become more real."