Some petrol stations on the outskirts of the new Auckland regional fuel tax zone are busier than ever. 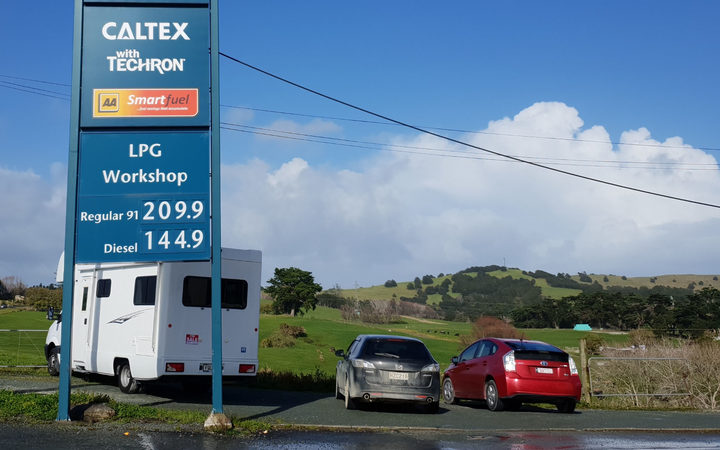 So just how expensive is petrol in Auckland now, with the regional fuel tax added to it?

In the central city, on Fanshawe Street, petrol at one station is $2.30 for a litre of 91.

Continue north on State Highway 1 and the next petrol station you come across is just off the motorway at Dairy Flat, where it's $2.26 a litre.

Further still, at Warkworth, it's the same price.

But once you hit Wellsford, the last big town within the fuel tax boundary, it's a different story.

Once you've crossed the boundary to Northland, you'll get to Kaiwaka.

Just off the main road there, is a busy little Caltex station.

There, 91 is $2.09 and there are plenty of cars, trucks and campervans pulling in to fill up.

A logging truck driver, Nigel, was topping up his tank on his way to Whangarei, where diesel is even cheaper and said drivers were encouraged to avoid filling up in Auckland.

In the shop, the petrol station's manager, Manpreet Kaur, said they have been busier since the Auckland fuel tax came in.

"More so on the weekends than before. Previously the weekend's used to be quieter. This weekend was especially busy."

It's a similar story if you head south on State Highway 1 out of Auckland.

People were filling up there to avoid their wallets taking an extra hit.

Both BP and Z Energy say they are monitoring how the fuel tax has affected demand in the Auckland region.

The companies said it was too soon to draw any conclusions about increased sales in border regions.