Truck drivers are being told to avoid refuelling in Auckland now the region's fuel tax is in place. 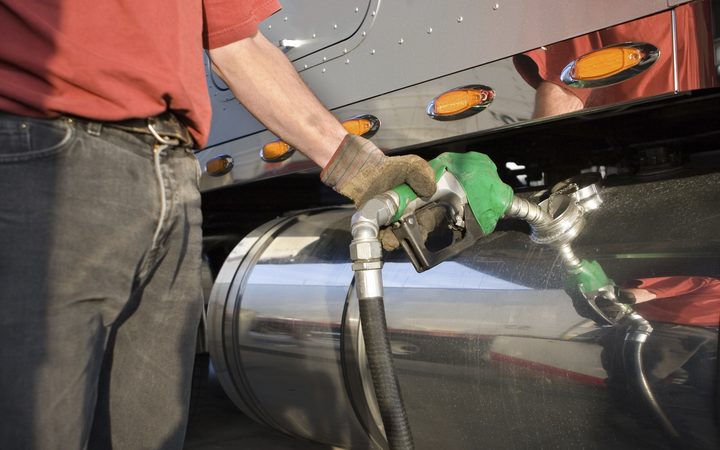 The 11.5 cent a litre regional fuel tax started yesterday with the aim of raising money to fund the city's transport projects.

RNZ is aware of at least one company which has given drivers maps of which truckstops are covered by the fuel tax and told them they were now required to refuel elsewhere when possible.

They were told to refuel in areas like Hamilton, Dargaville, Whangārei, Wairakei and Te Kuiti instead.

National Road Carriers Association chief executive David Aitken said that should come as no surprise given the increased cost for companies.

He said some companies watched fuel very carefully and dictated which service stations drivers could use to fill up.

"Given the publicity around this regional fuel tax I'm sure many will be saying 'If you're travelling outside the Auckland region make sure you fill up before you come back'."

Mr Aitken said the fuel tax would likely see costs rise by 2 or 3 percent for companies.

He said while some could refuel heading in and out of town, not all travelled outside of Auckland.

"They'll be disadvantaged from companies based outside Auckland coming in ... we advise our members to pass on any additional costs they have of which the regional fuel tax will be one of them. We say you've just got to pass it on."