Auckland mayor Phil Goff says he has not stopped far-right activists from speaking but was not going to aid and abet them by providing them with council venues. 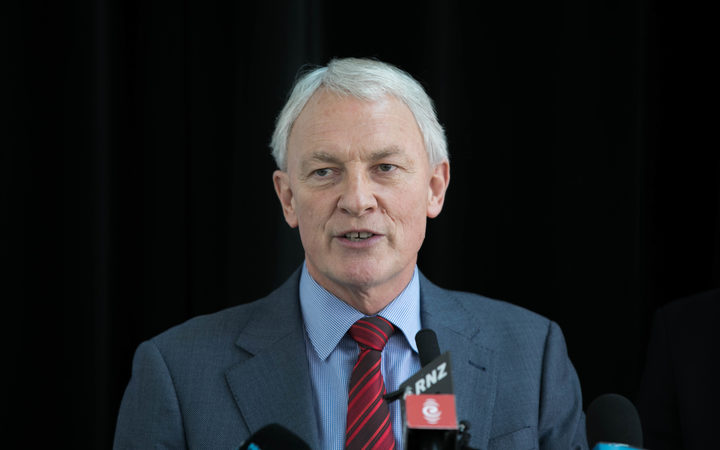 Lauren Southern and Stefan Molyneux, known for far-right alternative views on everything from feminism, gender and immigration to Islam, cancelled a public talk after Mr Goff banned them from council venues.

Acting Prime Minister Winston Mr Peters yesterday said free speech was one of the most fundamental freedoms and it was wrong to ban the pair from speaking, no matter that most New Zealanders would find their views appalling.

Mr Goff told Morning Report Mr Peters would have given a different answer if he'd been asked whether the Canadian activists could speak at the parliamentary banquet hall.

He said he made the decision himself in line with council policy which sets out that Auckland is an inclusive society.

"I'm not going to aid and abet people who spout racist nonsense by providing them with a venue."

Mr Goff said there were limits to free speech - such as if someone advocates violence - but he had not stopped the pair speaking and was not calling for them to be banned from the country.

"I've simply not been complicit with their views by providing them with a venue from which to do it.

"If there are people out there that want to provide a venue for them, go for it.

"I find it offensive that they attack people on the basis of their faith and ethnicity and they set out deliberately to provoke them.

"That's why the Australian and British governments banned them.

"That's my right, and councils' right, to deny them a venue."

National Party leader Simon Bridges said Mr Goff was entitled to ban the pair from council venues, but free speech should be "jealously guarded", so banning them from the country would be a step too far.