The Wellington City Council removed graffiti critical of the Defence Force's actions in Afghanistan, after Defence asked it to. 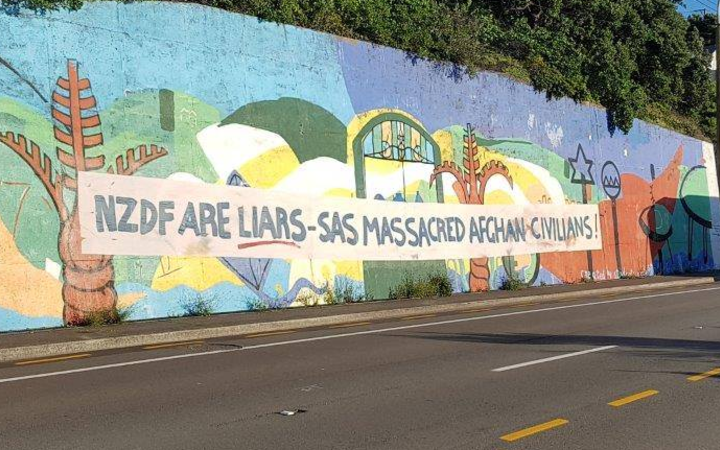 The graffiti appeared on walls at Balaena Bay, the Old Hutt Road and in Newtown, calling Defence "liars" and accusing the SAS of massacring Afghanistan civilians.

It was put there by a group called the Hit and Run Inquiry Campaign in March and coincided with protests in the capital, including a petition to Parliament calling for an independent inquiry into the events in Afghanistan in 2010.

Group spokesperson Sarah Atkinson said they were shocked by Defence's actions and it wasn't the department's job to stifle groups like hers.

"It's pretty shocking, it's pretty sad. They spend so much of their own money on their recruitment campaigning and then they get all up in arms and uptight about a few messages on walls around the city," she said.

Ms Atkinson estimated the group had about 10 members, as well as supporters, who were responsible for putting up the banners. She said she wasn't involved in the graffiti, but knew those responsible. 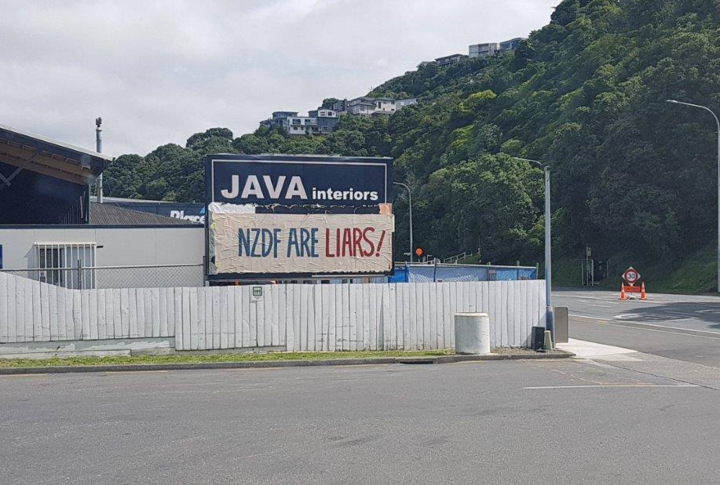 Council spokesperson Richard MacLean said it was contacted by the Defence Force asking for the graffiti to be removed in mid-March.

He said the request was passed to a council crew who were responsible for removing graffiti and were regarded as something of a crack squad.

"They have a zero tolerance approach to graffiti so regardless of what the graffiti is about, whether it's about anti-Trump graffiti, or anti-Wellington City Council graffiti or anti-anything graffiti, they'll get rid of it, they are very agnostic when it comes to what the actual graffiti says," he said.

Ms Atkinson said the graffiti was an effective way of getting the group's message across and they had chosen areas which were not covering other people's messages.

One of the messages was painted on private property, while another was over a mural at Balaena Bay, which was a popular route used by politicians to get to the airport.

But, Mr MacLean said the mural had been painted on the wall to try and stop it being graffitied.

"I do recall in the last 20 years or so that mural was painted there because that actual piece of wall became a very popular place for very pointed graffiti that was aimed at people obviously going to and from the airport.

"We were at some stage encouraged to paint a nice attractive mural there so that politicians weren't exposed to cutting comments about their performance," he said.

Mr MacLean said complaints about graffiti were reasonably common, but complaints from government departments were unusual.

In a statement, the Defence Force said it took its reputation seriously and when it became aware of the offensive and inaccurate messages it asked the council to remove them.

A government ordered inquiry into the claims outlined in the Hit and Run book is now under way.