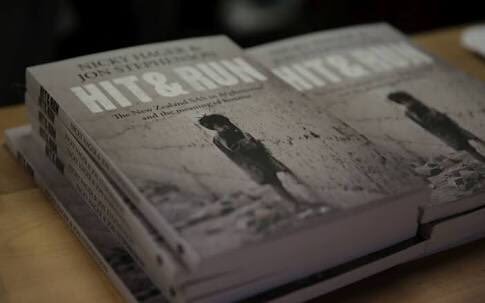 Peter Boshier also found the Defence Force created some public distrust by not being as responsive as it should have to requests for information.

In their book Hit and Run, Nicky Hager and Jon Stephenson claimed six civilians died and 15 were injured in a controversial attack on two Afghan villages led by the Special Air Service eight years ago.

The Defence Force is continuing to deny the soldiers killed civilians, saying one insurgent was shot dead.

The Chief Ombudsman has considered five complaints and has found the Defence Force was justified in most of its decisions.

"Some of the withheld information was received from other countries who didn't wish to declassify or release it", Mr Boshier said.

"And for NZDF to do so would have gravely affected other nations' willingness to share information with us in future.

"Much of the withheld information also contained sensitive details which, if released, could prejudice New Zealand's defence and security."

Mr Boshier said the Defence Force could have been "considerably more responsive" in how it handled requests for information.

"It has given the appearance of reluctance on the part of NZDF and requesters have understandably developed some mistrust as a result."

He recommended the Defence Force make public information it holds concerning the "identification of insurgents killed during Operation Burnham".

He has also asked the Defence Force to release four briefing papers and appendices relating to "government knowledge" about the operation.

The Defence Force said in a statement that it welcomed the Ombudsman's findings.

It said it has agreed to release additional material and is working to do this "as soon as possible".

A summary of his findings: