Water is the new gold in Otago and there is a mountain of work to bring water allocation in the area in line with the rest of the country before time runs out. 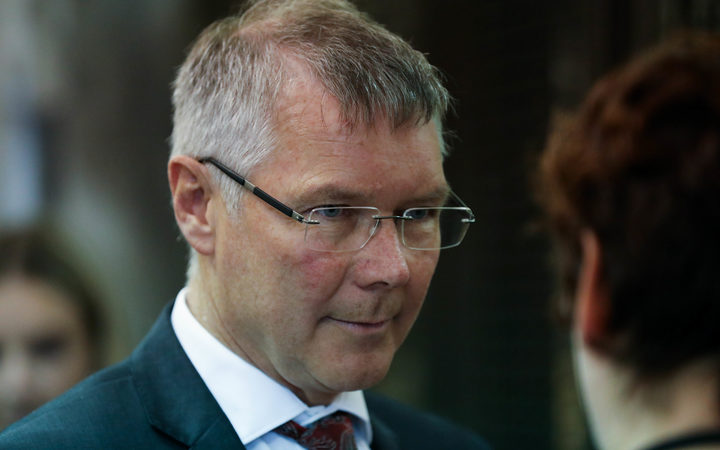 David Parker says farmers have had 25 years to sort it out. Photo: VNP / Daniela Maoate-Cox

The Otago Regional Council is working to have the region's antiquated water take regime brought in line with the Resource Management Act by the October 2021 deadline.

Water rights in Central Otago and parts of the surrounding districts were first allowed as mining rights to aid in the extraction of gold in the mid 19th century.

The mining rights - or deemed permits as they are now known - were granted by the warden's court in perpetuity. But it was long before environmental concerns and river flows were a consideration, and the effects of those unlimited takes resulted in some rivers and streams running dry over summer months.

With a stroke of the pen in 1991 the Resource Management Act heralded an end to the regime, and those drawing water from the area's rivers and streams were given 30 years to convert their water takes to resource consents.

In three years that deadline will pass but 370 antiquated mining rights permits still remain in use.

The Otago Regional Council's director of policy, planning and resource management, Tanya Winter, said the council was preparing for what lies ahead.

"In the long term (ten year) plan we have factored in extra resource in the next couple of years to manage what we see as a wave of the deemed permit replacements," she said.

"So we will definitely be beefing up our resource in our consenting team in order to manage that."

But others were not so confident.

Former National Party MP and farmer Gavan Herlihy said the 30-year timeframe was a political decision which transferred the challenge of changing regimes on to another generation, and the affected parties were poorly resourced to allow the change over to take place.

"I don't think the timeline will be achieved but people are really focusing on it now, but the resources that Fish and Game and the Department of Conservation have got to put in are really making their role an extremely challenging one," he said.

It was also costly to farmers and the regional council, and he believed central government should be providing further resources to aid the change over or to legislate for interim regime if the 2021 deadline passed without the work being completed.

The cost of irrigating properties in the dry district might lead to intensified farming in some areas, Mr Kelliher said.

But Environment Minister David Parker, himself from Otago, had little sympathy for those leaving the change over to the last minute.

"I'm implacably opposed to any extension of time," he said.

"There has already been a 25-year transitional period, which is a whole generation, and it is the duty of the regional council and farmers to comply with the law.

"It's time for this to be sorted out."

The ORC has attempted to bring catchments together to lodge resource consents to streamline the conversion.

But dozens of permits are already before the Environment Court.

What it all means for the future of Central Otago's rivers and streams, and the pastures they run through will come out in the wash.