Whānau support workers in Whangārei say they're worried about mothers hiding the fact that they're homeless, out of fear they will lose their children. 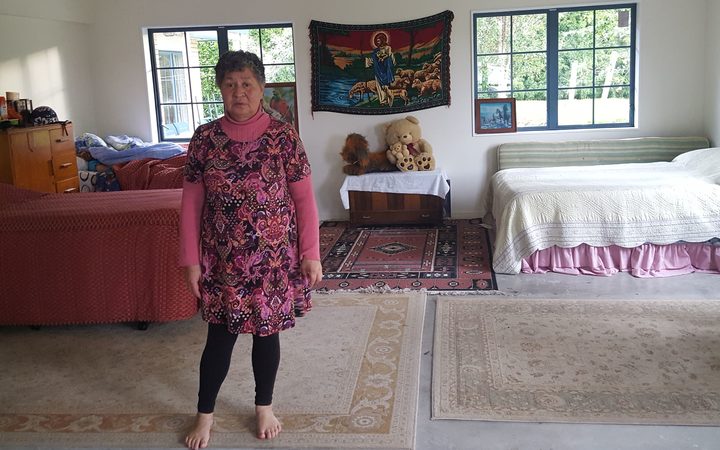 Carrie Kake has been finding homes for the homeless for the last 40 years. Photo: RNZ / Lois Williams

Non-governmental organisations (NGOs) are reporting record numbers of homeless in the north this winter.

They believe much of it is hidden because women are afraid Oranga Tamariki (which was formerly known as Child, Youth and Family or CYF) will take their children into care.

A Whangārei grandmother, Carrie Kake, has been finding homes for the homeless for 40 years.

The devout Christian has a vast network of friends and whānau willing to open their homes to the destitute.

Last winter, she and her husband Ihiaia took in 22 people, feeding them and sleeping them marae-style in their large Glenbervie home.

It's the women who worry her most, she said.

The ones with young children, who are so afraid of losing them that they won't ask Work and Income for help, in case it involves Oranga Tamariki.

"The saddest thing I've had over the last couple of weeks is pregnant women with their babies.

"I can't say much more or where they are, or the department comes in and removes their children. So I can't give their location," Mrs Kake said.

But homelessness on its own is not a reason it would put a child in foster care, Oranga Tamariki said.

The manager of its Whangārei office, Claire Burnton, said no child was removed from its parents unless there were serious problems, such as family violence, mental health or addiction.

But Mrs Kake was adamant that it did happen.

This week she was worried about a mother who had had all four of her children taken away by Oranga Tamariki.

The woman had disappeared, deeply depressed and no-one knew where she was, Mrs Kake said.

"The children were placed with CYFs [Child, Youth and Family] last year and then she had a baby earlier this year.

"So she lost her three children and then they [Oranga Tamariki] hung around till May and took the new baby as well.

"This is a good mother - she just doesn't have a roof over her head," Mrs Kake said. 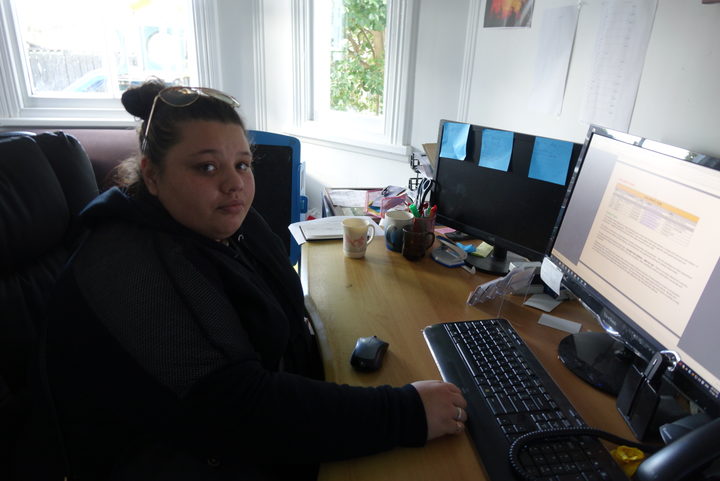 Jane Dacent said it was sad to see families that were too scared to ask for help out of fear. Photo: RNZ / Lois Williams

Ms Burnton said if Oranga Tamariki heard of a family struggling with homelessness, and there were no other concerns about a child's well-being, it would link the whānau with agencies who could help.

But Whangārei's 155 Community House said some people would rather live in their cars than risk getting Oranga Tamariki involved.

But she had been living in her car for months with three children under five - the youngest a baby of 11 months.

"She was so distraught that she ended up going further up north and parking her car up there, for fear that someone would see her and her children and it would get back to Oranga Tamariki.

"It's quite sad to see all these families that are too scared to ask for help, out of fear," Ms Dacent said.

She said even if Oranga Tamariki no longer took children just because they were homeless - many Māori families in the north have had reasons to fear state welfare authorities.

She said five children from one family she looked after had traumatic memories of separation from their grandfather who was their caregiver.

"Their last memory of their grandfather is [their] hanging on to the gate post and screaming and him crying, and he died without their ever seeing him again.

"So historical knowledge is part of this problem," Dr Peters said.

Oranga Tamariki said it always explored all options before removing a child from its family and had to satisfy the Family Court that the action was necessary.