Whangarei Mayor Sheryl Mai is appealing for help to set up a day shelter for the city's growing number of homeless people. 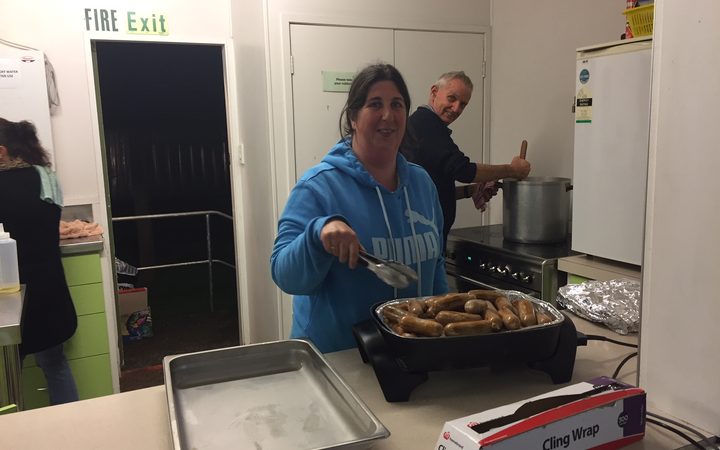 She said people living in cars, cabins, tents or sheds, need somewhere warm and safe to spend their waking hours.

A woman who helps people who are homeless find temporary shelter, Carrie Kake, calls it the new homelessness.

Ms Kake said soaring rents are forcing out low-income families, which she blamed on Aucklanders who have moved north, or bought rental properties.

Ms Kake doubted the government will find homes for the newly-displaced this winter.

Rochelle Hedges and Chris Youens, who volunteer to feed the homeless, say between 40 and 60 people generally turn up for dinner.

It's not a problem Whangarei used to have.

Mr Youens said when the couple started cooking for the homeless five years ago, they had to go out and look for them.

"I actually had to dress up as a homeless person to go and find them," he said.

The number of people turning up for food is growing by about 10 a week, he said.

Emergency Housing units are constantly full and the waiting list for a state house in Whangarei stands at 213.

The Ministry of Social Development has said it will put homeless people up in motels or other accommodation if needed but veteran Whangarei social worker, Margie Matthews, said that can land low-income families in debt.

She said a blended family of nine she helped recently was sent to a camping ground.

"It was a cabin with ten bunks," she said.

"They didn't take all the kids, they had to split the family up."

Ms Mai said the Whangarei council is looking at properties it owns that might make a good day-shelter for the homeless, and she'd welcome any offers from businesses or government ministries with vacant space.

"We're looking at any properties we own and whether they are suitable," she said.

Ms Mai said the Ministry for Social Development has confirmed it could help fund such a centre, and church groups are willing to run it.

She said at the very least, those sleeping in cars, cabins, garages or tents need somewhere warm and safe to spend their waking hours this winter.