Law changes made three years ago to crack down on loan sharks and other high cost lenders aren't working and many people are still struggling with spiralling debts, budgeting services say. 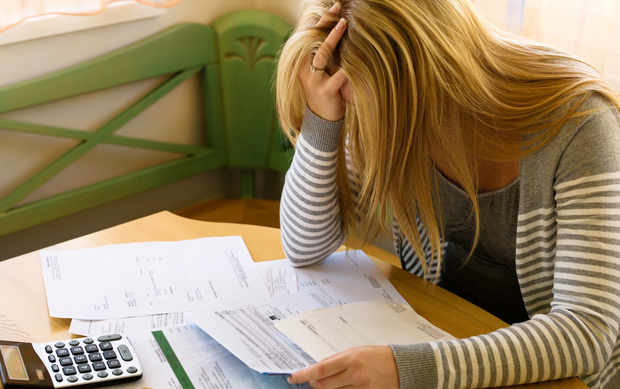 Each year, about 60,000 people go to budgeting services around the country for help, with an average debt of $10,000.

The government is in the midst of the review of the Credit, Contracts and Consumer Finance Act, including the changes made in 2015.

They included a lender responsibility code, which required lenders to act reasonably and ethically, check borrowers could afford the repayments and help them make informed decisions.

But Adrienne Gallie from the Pakuranga and Howick Budgeting Service said it wasn't being followed.

"If that guideline was enough, then as budget advisers we would have actually seen quite a reduction in the amount of people presenting with large debts, but in fact we've seen an increase," she said.

Many people still don't understand their loan contracts, because they're too complicated, Ms Gallie said.

"There's often an urgency with the borrower that a lot of the stuff just goes over their head and they don't look at the contract again, they don't understand that they might have been charged a really high interest, they don't read the pieces because it's so complex ... sometimes people are only borrowing small amounts of money."

Last week, the Commerce Commission released the findings of its review of more than 200 lenders' websites, checking their compliance with disclosure rules.

It found that one in five lenders had potentially failed to comply with one or more of their obligations, and interest rates varied from no interest at all, all the way up to 800 percent.

Commerce and Consumer Affairs Minister Kris Faafoi said the changes made by the previous government to the lending laws weren't working.

He wants to take a tougher approach and is looking at more changes following the review.

Mr Faafoi also wanted the Commerce Commission to crack down on lenders who were breaking the rules.

"We've asked the Commerce Commission to put a bit more attention and resource into that, to make sure that those who are out there doing the kind of stuff we want to crack down on know that there's policing going down and that they can be caught."

The government was expected to release a discussion document later this month, with more details about potential changes to the Credit, Contracts and Consumer Finance Act.

When Auckland man Ed wrote off his car in a crash, he went online to borrow $2000.

He needed the extra money, he said, to add to his insurance payout to buy a second-hand car.

He ended up being offered $12,000 by the finance company, which he took, and it was quickly transferred to his bank account.

"After some time, I was already short in making payments. I tried to find out how I ended up having that $12,000."

Ed has a lot of other debts, totalling tens of thousands of dollars, but he said he was never asked whether he could afford to pay this particular loan back.

When he questioned it, the finance company told him he had ticked a box during the application process that indicated he wanted to use the loan to pay off the rest of his debts.

"It doesn't make any sense because if it was debt consolidation, their interest was the highest among the other creditors, and it would put me deeper into debt."

Ed said he never ticked that box and it turned out that the company hadn't followed the rules when they gave him the loan.

"They realised that there were probably a lot of loopholes in their system," he said.

With the help of a budget advisor Ed's had some of his debt written off.