Police have developed a new iPhone app to help them respond to an increasing number of family violence call-outs. 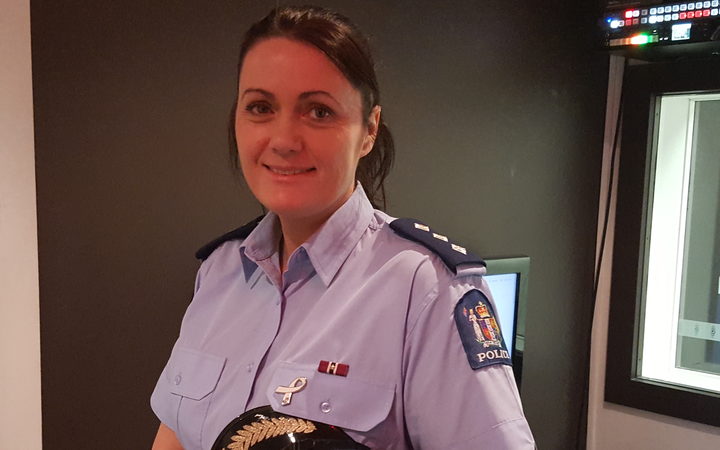 From today, all front line officers started using the new On Duty Family Harm app to file family violence reports from the scene.

Front line officers, who spend 41 percent of their time attending family violence call-outs, will use the app to log details of each call-out and access new investigation tools.

"It means there is no paperwork anymore, a lot of the issues for our frontline staff was the amount of paperwork they were expected to fill in ... we're trying to make it less about the administration and more about the conversation," Counties-Manukau Police Inspector Ann Wilkie said.

Police will use the app, Family Harm, to log details of each call-out relating to domestic violence incidents and access new investigation tools. Photo: RNZ/Anusha Bradley

Acting Superintendent Bronwyn Marshall said the app was part of a $7 million initiative that she described as the "biggest transformation of police service delivery around family violence in a generation."

"We believe it's the most significant change since the passing of the 1995 Domestic Violence Act," Ms Marshall said.

The Safer Whānau Change programme included a two-day family violence training course for all front line police officers has been rolled out to more than 9000 staff.

The aim was for officers not just to assess whether a crime had been committed, but look at what really might be going on in a home, and perhaps connect them to social or government services that might be able to help, Ms Marshall said.

Anti-violence campaigner and Backbone Collective co-founder Ruth Herbert praised the police for its efforts in changing the way it responded to family violence.

But until there was a co-ordinated national response, including from the health, justice and housing sectors, nothing would change, she said.

"All the links in the change need to be connected and need to be strong ... so that when women, children, families reach out for help that all the types of help they need are there," Ms Herbert said.

* You can hear/read more in Insight's investigation into Family Violence on Sunday Morning.