While Anthony Gregory Hall grabbed his partner around the throat, the woman's four-year-old daughter screamed at him to stop. 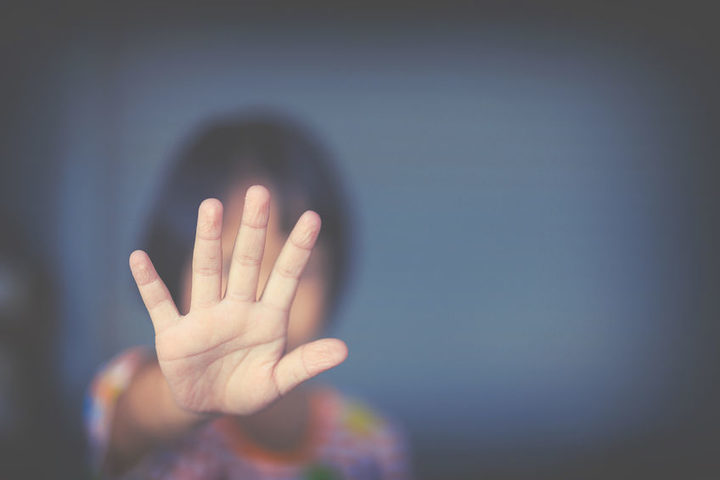 But the pleas only fuelled Hall's fury on the evening of 29 December. He screamed obscenities at the crying child, sending her to her room.

The momentary respite gave Hall's partner the chance to text her friend for help but when he saw her using the phone his temper boiled over again.

He ripped the phone from her hands and demanded she drop the protection order that had been made against him only 10 days earlier.

After he pushed the victim on to the couch, her friend arrived and confronted him.

Hall continued his fevered ranting and then left the room, only to return shortly after with a wood-handled garden rake.

Both women were backed into a corner of the room as he hovered over them with the tool raised above his head.

Hall then turned and smashed the rake on the floor, breaking it in two, while yelling at his partner's friend to leave.

Before he eventually left the house, he went into the children's bedroom, where the girl and her three-year-old sister were crying and screaming.

"He yelled at them, using obscenities, telling them to shut up," a police summary said.

Hall returned to the home after police were on the scene.

A breath test gave a reading of 642mcg, more than twice the legal limit.

The introduction of police, though, did not calm the situation. Hall refused to comply with their orders, tried to break free of them and spat at one of them.

At the station he was put in a suicide-prevention gown, but even that failed to restrict him.

The defendant bit the front of the garment and used his hands to create a 30cm rip in it.

"You have a very major problem with violence and it's escalating."

The defendant had a history of aggressive outbursts and the judge rejected defence counsel John Westgate's suggestion that a year's imprisonment was appropriate.

"I'm most concerned about the aspect of strangulation of your ex-partner in front of her four-year-old daughter. Research shows young children who observe violence in the home can, and in many cases do, become involved in violent relationships themselves," Judge Phillips said.

Hall was convicted of assault with a weapon, three breaches of a protection order, assaulting a female, drink-driving and assaulting police.

He was jailed for two years, banned from driving for six months and ordered to pay $213 for the damaged gown.

* This story originally appeared in the Otago Daily Times.