The person who shot a protected New Zealand falcon - kārearea - on a Hawke's Bay farm could face a hefty fine or jail-time if caught, Department of Conservation says. 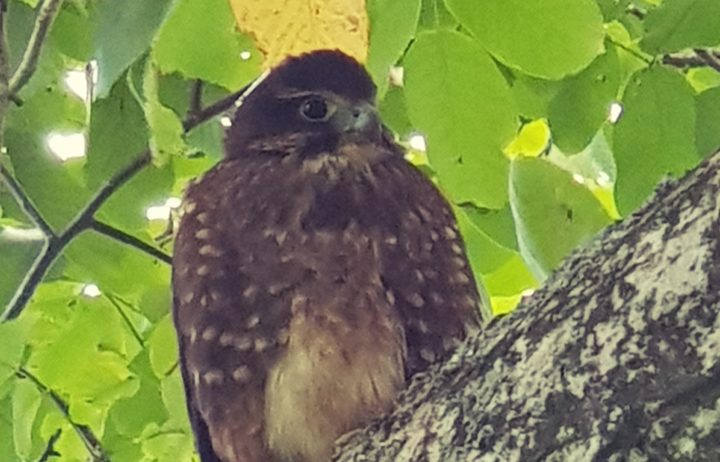 The injured falcon before it was taken in by DOC rangers. Photo: Supplied

A DOC ranger was called out to pick up the injured bird from a farm in Maraekakaho.

The animal was taken to Napier vet, who found its leg was badly broken and sent it to Massey University for specialist treatment.

Unfortunately, its injuries were too severe and it had to be put down.

Massey pathologist Stuart Hunter said the young female kārearea was healthy and in good condition when she was shot in the lower left leg.

"This kind of fracture is very difficult to repair and euthanasia was the most humane option," he said.

"New Zealand falcons are still shot by people, particularly when they occasionally kill racing pigeons or chickens," she said.

"People should make sure they are aware of what animals they can hunt and learn to recognise them to avoid mistakenly hunting protected species."

Hunters who broke the law could face fines of up to $100,000 or a prison sentence, she said.

"There are fewer than 8000 kārearea left... it's a senseless killing."