A report costing nearly $1 million has failed to conclude whether a downtown stadium in Auckland is feasible. 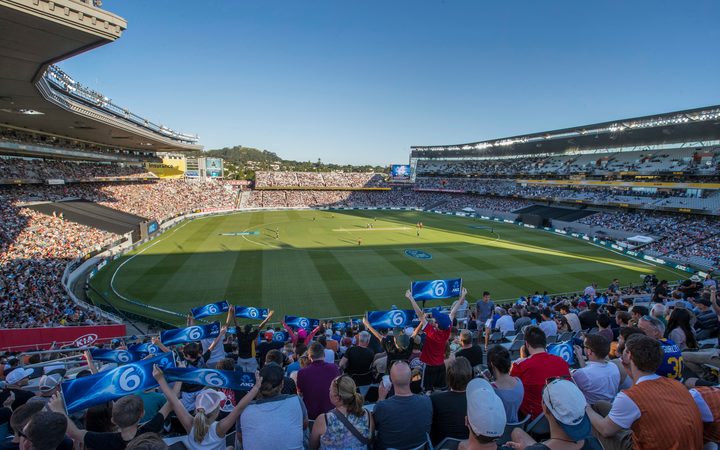 The report examined the initial possibility of building a rectangular football-sized stadium, with an estimated capacity of around 30,000 seats but able to expand to up to 50,000.

The concept has been mooted since before the 2011 Rugby World Cup, when Helen Clark's Labour government - in which Auckland mayor Phil Goff was a minister - offered to pay for a waterfront stadium.

The $930,000 PWC report - which Auckland Council withheld from RNZ for five months - has found only that a further, more detailed report is needed.

After intervention from the Ombudsman, it was released to RNZ late on Friday with extensive sections blacked out, including the estimated cost of a stadium and possible locations.

Prior to his election in 2016, Phil Goff had said a downtown stadium would be needed in 15 years time, and once in office repeatedly said its feasibility should be explored.

"There's a lot of work to be done and time is on our side to look at this, and it may be that it doesn't work as a stadium site," Mr Goff said in March last year, when the commissioning of the report was announced.

The report's authors underlined the significant challenges in building a downtown stadium.

"They most often do not generate operational revenue that is sufficient to cover operational costs, depreciation, renewals and maintenance," it said.

While public-private partnerships were often used, "the private sector will require a return on investment".

While information about possible sites was blacked out, Mr Goff has previously said there was probably only one suitable location, on land owned by Ngāti Whātua near Spark Arena.

Mr Goff has so far been unavailable to comment on the report.

PWC concluded that the next stage would be to take a more detailed, commercial look at location, funding and potential partners.

After that, there would be two possible outcomes, it said.

One was that even more detailed commercial work should proceed if initial agreements could be reached, or that there would be no benefit in proceeding further.

An update of the council's future stadium strategy released at the same time as the withheld report, reveals little change to the status quo.

Speedway is still due to leave Western Springs after the 2018-19 summer subject to negotiations, and other major stadiums will retain their current main uses.