Northland ratepayers are out of pocket by at least $50,000 over a dirty dairy prosecution. 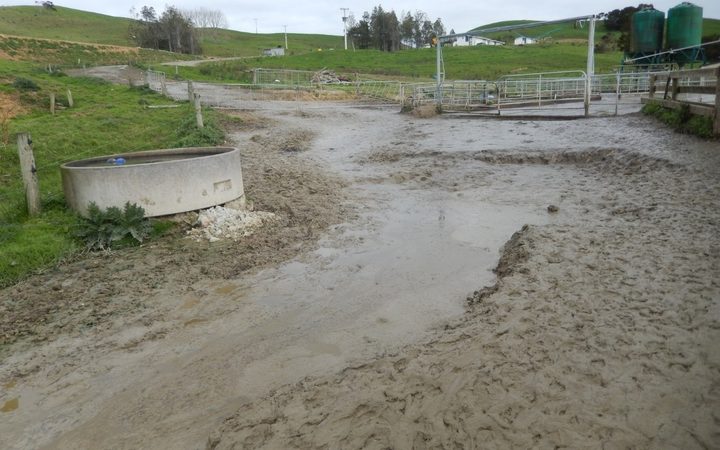 Waiotira farmers David and Francis Webster were fined $225,000 in the Environment Court in 2016 for what the judge called one of the worst cases he had seen of allowing dairy effluent into waterways.

But the fines were levied on their companies and the court has now heard they could not afford to pay.

Regional Council's farm monitoring manager Dennis Wright said the council withdrew charges against the Websters as directors, on the understanding the companies were pleading guilty and could cover a substantial amount of the fine.

"The Regional Council normally gets 90 percent of the fines when they're paid, and it's not cheap to take a prosecution," he said.

"This one probably cost well in excess of $50,000 so the ratepayers are out of pocket, and there's not a damn thing we can do about it." 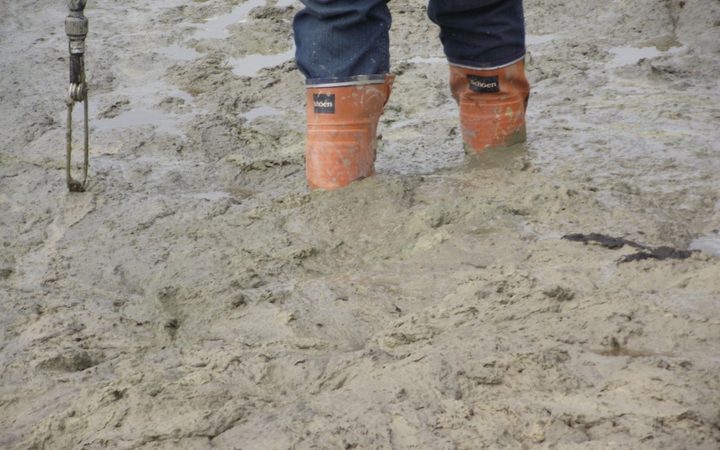 Mr Wright said council staff had worked for some time with the Websters to try to help them sort out their waste management problems, before taking them to court.

"The reason we take prosecutions, and we take them as a last resort, is to send a deterrent [message] to other farmers and specifically to the individuals involved," he said.

But it now appeared the companies would be liquidated and there was nothing the council could do to recover its costs.

"There's certainly no deterrent ... if they can be convicted and fined and don't have to pay the fine," Mr Wright said. 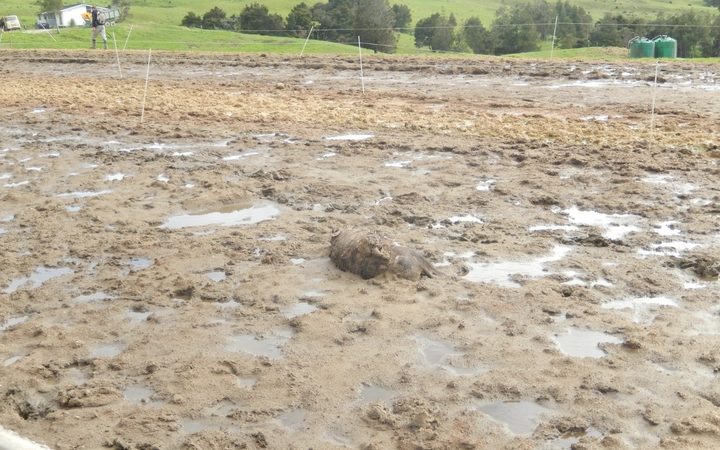 A cow's corpse on dairy effluent on a feed pad at a farm run by Clear Ridge Station in 2015. Photo: Supplied to RNZ

He said the Websters' farms - Clear Ridge Station and Beejay Stud - south of Whangarei, were guilty of allowing huge volumes of raw effluent to flow into the Mangonui River, which feeds into the Kaipara Harbour catchment.

"It was a mess," Mr Wright said. "It would have to be one of the worst situations I've ever come across."

He said the vast majority of effluent problems across Northland Dairy farms came down to management.

"They've mostly got the equipment and systems in place now to stop the stuff getting into streams, but they're not always operating them correctly, or giving staff training in how to run them, and that includes written instructions," he said.

Problems with travelling effluent irrigators getting stuck or malfunctioning were still not uncommon, Mr Wright said, and some farmers were spraying effluent on land that was too wet to handle the load.