'Dirty Dairy' is a tag that's out-dated and unfair, say Northland farmers who've invested heavily in cleaning up their act. 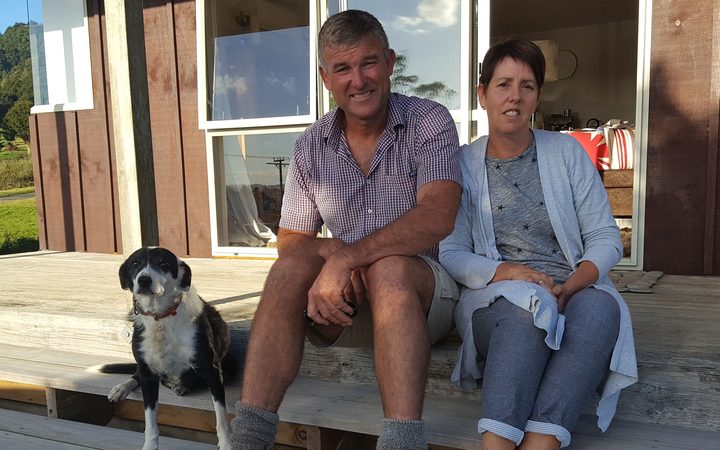 Hikurangi farmer Geoff Crawford says there've been huge changes in dairy farming over the past five years, but to hear critics - including the government talk - you'd never know.

Mr Crawford and his wife Jo run one of the bigger businesses in the north, milking 1500 cows over two farms on the former Hikurangi swamp, near Whangarei.

He said he and his neighbours had spent hundreds of thousands of dollars in the past 8 years to protect waterways.

But he said dairy farmers are still seen by many as environmental villains.

The government has given notice that it wants to restrict the volume of nutrients being lost from farms by runoff into waterways, which in some places could mean reducing cow numbers.

But Mr Crawford said there was no need to cut cow numbers on his farm because not a single litre of effluents made its way into the water.

He's built seven huge storage ponds on his two farms to contain the effluent from his cowshed and stand-off pads, and sprays it back onto the pasture as fertiliser when the weather fines up.

Log peelings he provides for the cows to sit on are also spread back on the land as compost to feed the grass, plantain and chicory pastures.

"We feed them in the barn in winter and nothing is wasted. We are capturing every possible nutrient and ...in future we will not have to fertilise this property, " he says.

The Crawford operation is a big one, with three milking sheds and the canals and streams that drain the farms all feeding into the Kaipara Harbour catchment.

Mr Crawford said all the waterways were fenced off and many verges were planted with flax and other native plants.

"Definitely in the last eight to 10 years there's been a huge shift," he said.

"We've all had to upgrade our effluent systems - for instance my neighbour, he spent $130,000 to make sure nothing gets into the creek." 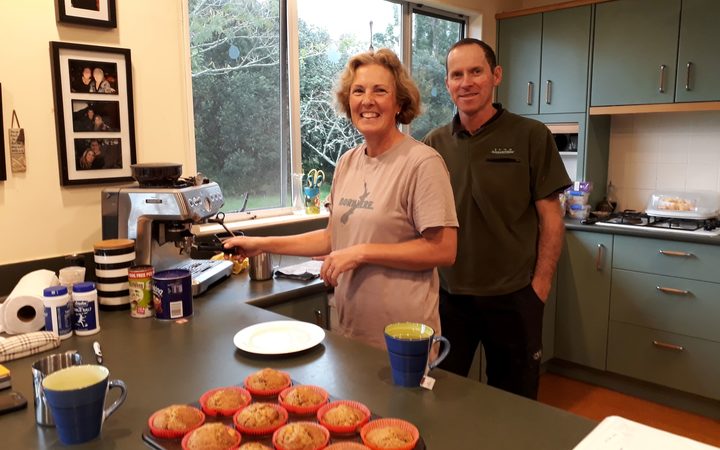 The Hutchings also store and spray their cowshed effluent on the land, and though they have resource consent to discharge the treated waste in emergencies, they rarely use it, they said.

Like Mr Crawford, they worked to a strict nutrient budget that told them how much of what they're putting on the land was ending up as milk and how much was waste that can end up in the water.

They have just bought an adjoining block to grow more of their own feed crops.

Ms Hutchings - who started the local Landcare group - said the farm and surrounding area had a thriving brown kiwi population, which she monitored with live cameras.

"We wanted to do our best to protect them so the group has traps for rats, and cats, stoats and possums and as land owners we've taken on the job of pest control ourselves," she said.

Mr Hutchings said the Puketona River which flowed through the farm was very swimmable. 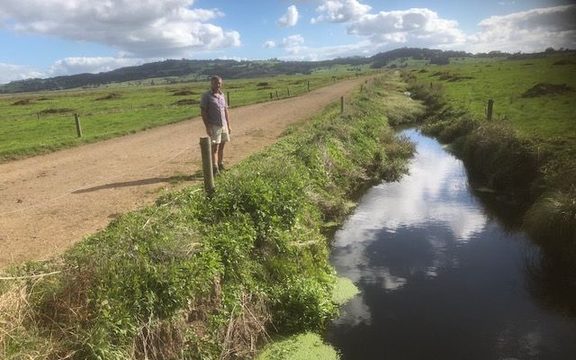 "We've got freshwater crayfish in our creeks and that's a good sign. The the only thing is, we've got eels in the river too, big eels which is a bit of a disincentive to swim," he says.

Ms Hutchings said it was frustrating to be doing so much to help the environment and still hearing the references to dirty dairy.

"It is really frustrating and it can get you down a bit but we just carry on ... we don't hide anything and I just wish we got more recognition."

The Hutchings and the Crawfords said they did not know any Northland farmers who were not doing their bit these days for the rivers.

But the Northland Council knew a few.

Unlike many regional councils, it inspected every dairy farm in Northland once a year without warning, at the peak of the season.

And despite its best efforts to educate and punish the offenders, every year without fail, about 10 percent of dairy farmers seriously breached their resource consents, and raw effluent ended up in streams.

Tess Dacre, the council's monitoring manager, said the problem often came down to young farm workers, who were poorly trained and poorly paid.

"It's often the guy at the bottom of the heap who's looking after the effluent system," she said.

"And we're out there in spring when it's all happening and it's tough - they're calving, it's muddy and it's wet."

Every years she said the council hoped the number of breaches will go down, but it sat stubbornly at around 60.

Freshwater ecologist Mike Joy said farmers who were aiming to do their best for the environment, like the Hutchings and the Crawfords, deserved a pat on the back.

But he warned that the problem was much bigger than just containing cowshed effluent.

"The shed effluent is at most 20 percent of the problem," he said. "But out on the pasture, the nitrate from the urine gets into the groundwater, through the soils, into the drains and into the rivers."

At the heart of that problem was the stocking rate, he said.

"There are plenty of models showing that you can reduce cow numbers, reduce artificial feeds and fertilisers, increase production and exponentially reduce pollution," he says.

So farmers like the Crawfords and the Hutchings are on the right track?

"If you don't need to buy in fertiliser, you know you've got the stocking rate the land and rivers can support and you're not causing a problem," he said.

"When you get to that point you're not making milk out of fossil fuels, you making it out of sunlight and rainfall and the farm is looking after itself."

And farmers like that should be celebrated, said Mr Joy.