Women authors have taken out all but one of the country's top literary honours at the Ockham New Zealand Book Awards. 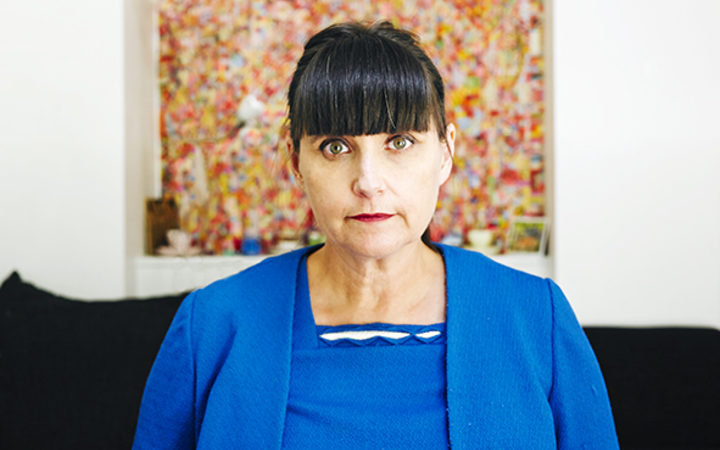 The awards, which were celebrated at the Aotea Centre, are in their 50th year.

Author Pip Adam was awarded the country's most prestigious literary prize - The Acorn Foundation Fiction Prize worth $52,000 - for her novel The New Animals.

Past recipients of awards include Witi Ihimaera, Keri Hulme and Maurice Gee.

The judges said Adam's parody of the Auckland fashion scene was confrontational and held a mirror up to contemporary New Zealand culture.

"It's stylistically raw and reveals a good deal in a modest way. The New Animals is so vivid in imagery and imagination that the judges haven't stopped thinking about it since."

"In this category in 2018 it's the book with the most blood on the page. It will give you an electric shock."

"There is a level of commitment and utter audacity that fires through her work - it feels lived through," she said.

"It feels a little surreal, but I feel incredibly grateful," she said.

Adam wrote the novel in 15 minute intervals before heading to her day job at Victoria University of Wellington.

She said she tries to tell people that as often as possible because she knows people "don't have a lot of time".

"I thought that I had to wait for blocks of time to write, but books can be written in between kids and work and family," she said.

Journalist Diana Wichtel won the Royal Society Te Apārangi Award for General Non-Fiction for her memoir Driving to Treblinka: A long search for a lost father.

The poetry category was taken out by three-time winner Elizabeth Smither for her collection Night Horse, while the illustrated non-fiction category went to Alison Jones and Kuni Kaa Jenkins and their book Tuai: A traveller in two worlds.

Of the eight awards handed out this year, seven were won by women but the chair of the New Zealand board Awards Trust Nicola Legat doesn't think this is unusual.

"I don't think there is anything predominantly female about writing at the moment - I think it's just the way it's panned out," she said.

"A country that doesn't have it's own strong literary sector...is a very impoverished culture."

The awards' major sponsor, Ockham Residential, has confirmed it will sponsor the show for another 5 years.